A- A  A+
News from EUROMARFOR
Back to previous page
April 08, 2013
EUROMARFOR: Portuguese COC in Operation Atalanta

Over the last 4 months, under the command of Rear Admiral Pedro García de Paredes, the EMF Naval Force has carried out counter-piracy patrols off the coasts of Somalia day and night. These patrols have resulted in stopping of 4 out 6 Pirates Action Groups at sea and other two turned back ashore without any success. In addition, out of 29 suspected pirates detained by this Force, 21 were transferred for prosecution after a complex, difficult and persistent job taking and collecting a complete evidence packages. The EMF Naval Force has also provided protection to the World Food Programme (WFP) and African Mission Somalia (AMISOM) permitting a large amount of food to be shipped to the Somali people.

As a result of a strong commitment among all the actors, figures have proven that the piracy phenomena in this area of the globe is decreasing, nevertheless, as the new COMGRUEUROMARFOR, Commodore (Portuguese Navy) Jorge Palma stressed in his take-over speech, "(...) we all know that complacency at this moment would hamper the massive effort done, and ongoing, for the security in the region. With the situation improving, but acknowledging that piracy is not over, we must adapt with agility to evolving political, operational and tactical circumstances". For the following 4 months, the new Force Commander has the commitment to this Force to proceed agile, adaptable and with initiative, cooperating with other forces and actors in the region, to deter and repress piracy and influence, aiming to a less permissive environment, minimizing opportunity and contributing to the development of alternative futures". 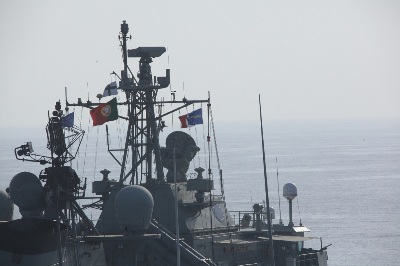 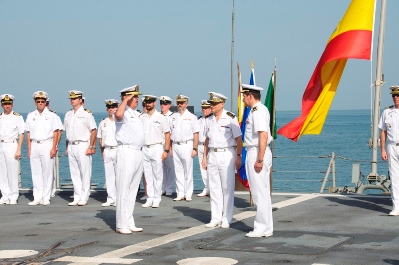