A- A  A+
News from EUROMARFOR
Back to previous page
December 06, 2013
EUROMARFOR back to Operation Atalanta

This is the second deployment of EUROMARFOR in ATALANTA Operation.

The previous EUROMARFOR activation for the contribution to Operation ATALANTA was during the period 06 December 2011 to 06 August 2013, for twenty months.

EUROMARFOR nations sustained commitment to Operation ATALANTA demonstrates their cohesion and determination in the fight against piracy and armed robbery. This engagement in Operation ATALANTA contributes to the UN request and to EU efforts to build maritime security. EUROMARFOR is a multinational, non-standing, pre-structured maritime force created by France,Italy, Portugal and Spain in 1995. EUROMARFOR may assume missions in the areas of Crisis Management, Cooperative Security and Maritime Security.

EUROMARFOR main area of interest is the Mediterranean Sea and its approaches, however other areas may be considered, as it is the case of Operation ATALANTA. EUROMARFOR is a non-permanent high readiness force. This brings the needed flexibility to adapt this maritime force to the current context of predominant short-notice operational crisis management scenarios.

Beyond the very short notice availability and assembly capability, the EUROMARFOR, being a maritime force, takes advantage of the high seas freedom status for its deployment. Therefore, EMF is a tool to EU's Diplomacy as well to other International Community Organizations. Depending on the nature of the operation, the size of EUROMARFOR may range from a small task group, composed of few ships, to a full range Task Force / Maritime Component Command as needed to accomplish the task. For each task the required force and organisation will be commonly agreed by the participating nations. Furthermore, the force can incorporate units from non EUROMARFOR nations, for training purposes or even for real world operations.

The EUROMARFOR Commander is, since 18 September 2013, for 2 years, the Admiral Santiago Bolibar Piñeiro, the actual Commander of the Spanish Navy Fleet. 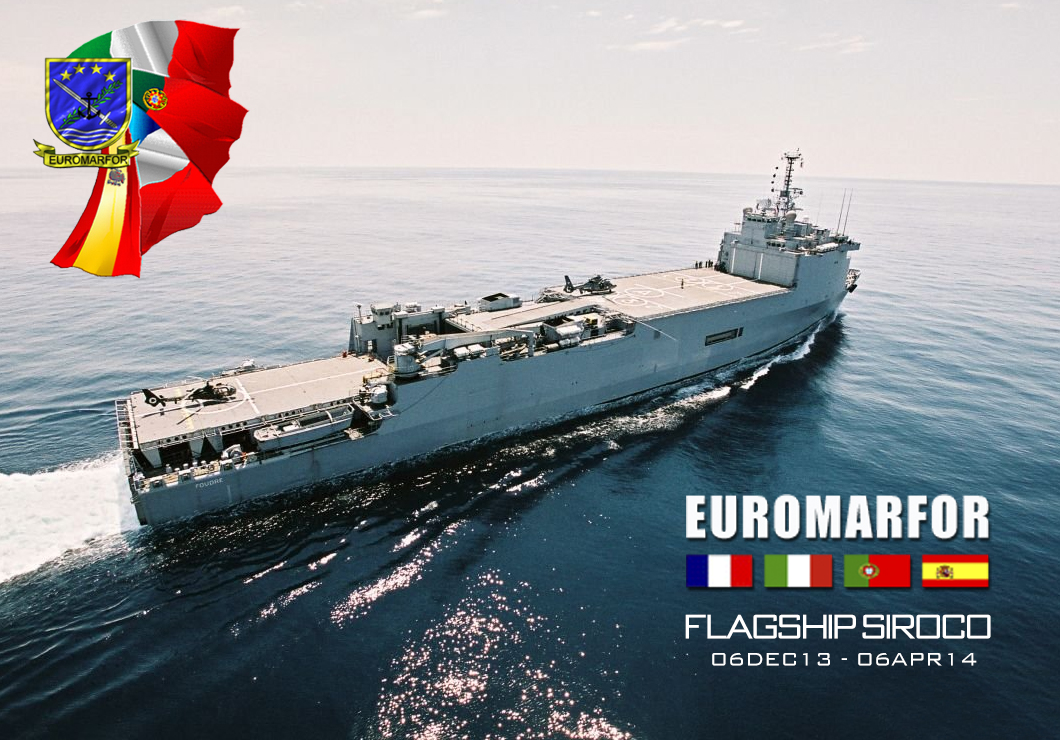