The oil tanker issued a distress call to the UK Maritime Trade Operation (UKMTO) on the evening of Friday, 17 January, reporting to be under attack.

According to the reports, the attack was repelled by a private armed security team embarked on board the oil tanker. The skiff then headed to a dhow which lingered nearby.

The EU Naval Force, in cooperation with other Counter Piracy Forces, reacted quickly to this incident. A Japanese Maritime Patrol Aircraft and a helicopter from the Japanese vessel JS Samidare initially located the dhow. The EUROMARFOR flagship FS Siroco was then able to close distance to the dhow and launch their helicopter and boarding team. Upon nearing the dhow, the helicopter crew and boarding team observed that people on board the dhow were throwing equipment over board, deepening the suspicion that the dhow was indeed the reported pirate mother-ship.

Once the Siroco's team boarded the dhow, 5 Somali suspect pirates surrendered and were separated from the dhow's crew and transferred to FS Siroco for further investigation.

As always, the EU Naval Force seeks, if possible, a legal finish with the prosecution of the suspected pirates. The master's initial statement supported the suspicion that his dhow has been pirated and his crew taken hostage several days ago off the coast of Somalia. He also stated that the suspect pirates were responsible for the attack on the oil tanker the day before.

The EUROMARFOR Force Commander, Rear Admiral Hervé Bléjean, said: "Thanks to an exceptionally effective international cooperation, we showed once more that there will be no safe haven for piracy in the area as long as Counter Piracy Forces remain fully dedicated to their task. I also congratulate FS Siroco with this success." 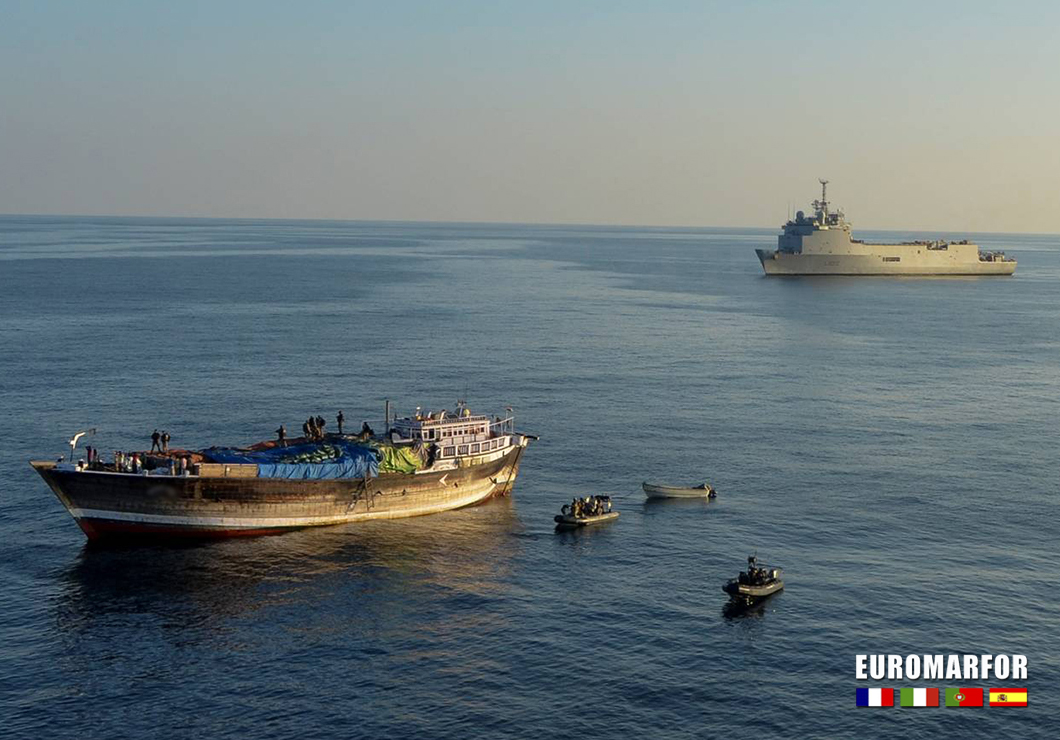