A- A  A+
News from EUROMARFOR
Back to previous page
October 19, 2015
Spanish frigate Victoria paid a visit to Seychelles

As part of its deployment to EU Naval Forces’ mission in the Horn of Africa, the Spanish Navy’s frigate Victoria was on a visit to the Seychelles archipelago between October 16 and 19.

During its stay in port of Victoria, the capital of Seychelles, the vessel welcomed aboard the Honorary Consul of the Kingdom of Spain to the Republic of Seychelles, Capt. Edmond Hoareau, and its Commander paid a visit to the city’s mayor. The Spanish vessel also took the opportunity to coordinate various training sessions with Seychelles security forces for the upcoming entry into the port of Victoria, scheduled for November.

In order to continue its mission off Somalia, the frigate conducted supplies and fuel replenishment while in port.

Victoria (F82), based in Rota, Spain, is part of Operation Atalanta, the EU force with a mission to fight against piracy, escort vulnerable merchant traffic, monitor fishing activities and support other international missions in the Horn of Africa. The vessel is deployed on the mission until February and is scheduled to visit the ports of Muscat in Oman, Djibouti and Dubai in UAE. 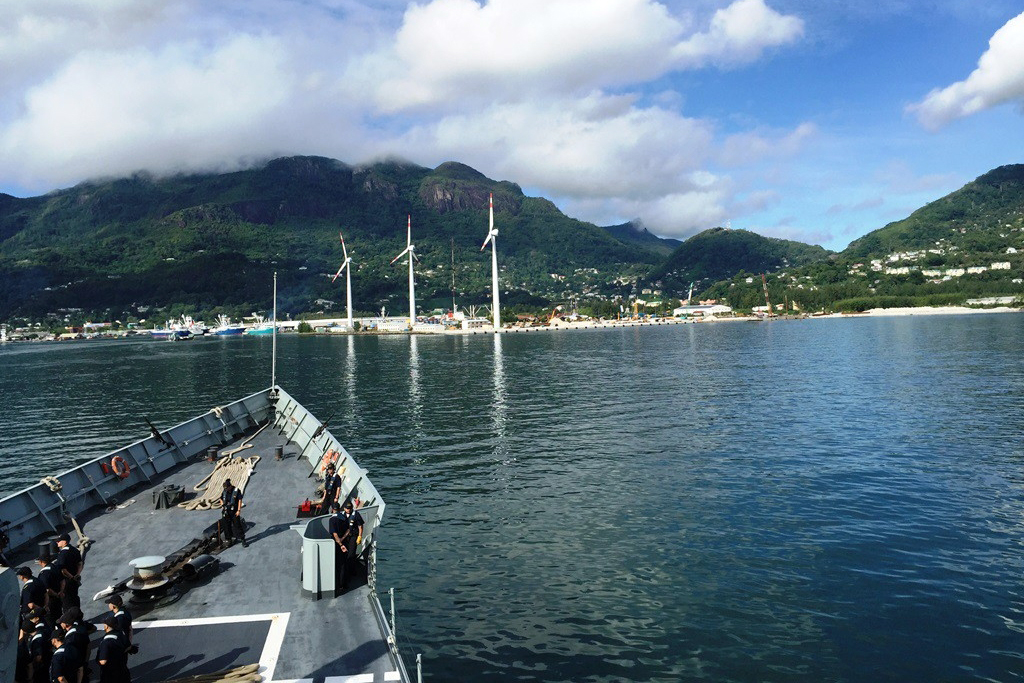