A- A  A+
News from EUROMARFOR
Back to previous page
November 11, 2015
ITS Libeccio returns to La Spezia

Last November 5, ITS Libeccio, commanded by Commander Cristo Salvatore Traetta, and her 205 crewmembers returned to La Spezia home base after a five month engagement in EU mission Atalanta. The unit also made a stop at Taranto port to meet the Commanding Officer of the Naval Squad and COMEUROMARFOR, Vice Admiral Filippo Maria Foffi.
The men and women were greeted by the 1st Naval Group commanding officer, Rear Admiral Francesco Sollitto, before being reunited with their families.

The unit had set sail last May 4 from La Spezia and, from June 10 to October 20 operated in the Indian Ocean (Gulf of Aden, Somalia and Arabian Sea) under EUROMARFOR flag and with Task Force 465, totaling 2,488 hours at sea for 25,488 miles.
As part of the mission, ITS Libeccio carried out patrolling operations in the Horn of Africa, military and civil cooperation in Djibouti port, 59 days of monitoring and cargo protection off the Somali coasts and in the Gulf of Aden, 31 days of fishing activities control and 46 missions with the on-board helicopter, of which one in support of patrol boat Focomar and one to protect Italian motor ship Rizzo in difficult in the Gulf of Aden; as well as some first aid interventions carried out by the medical staff onboard.

EU Operation Atlanta is a diplomatic/military mission covering an operational area broader than Europe itself. From the start, back in December 2008, it has been committed to protect cargo ships in difficulty sailing the Red Sea, the Gulf of Aden and the Indian Ocean, to prevent and repress maritime piracy and escorting cargo ships transporting humanitarian aids to Somalia. 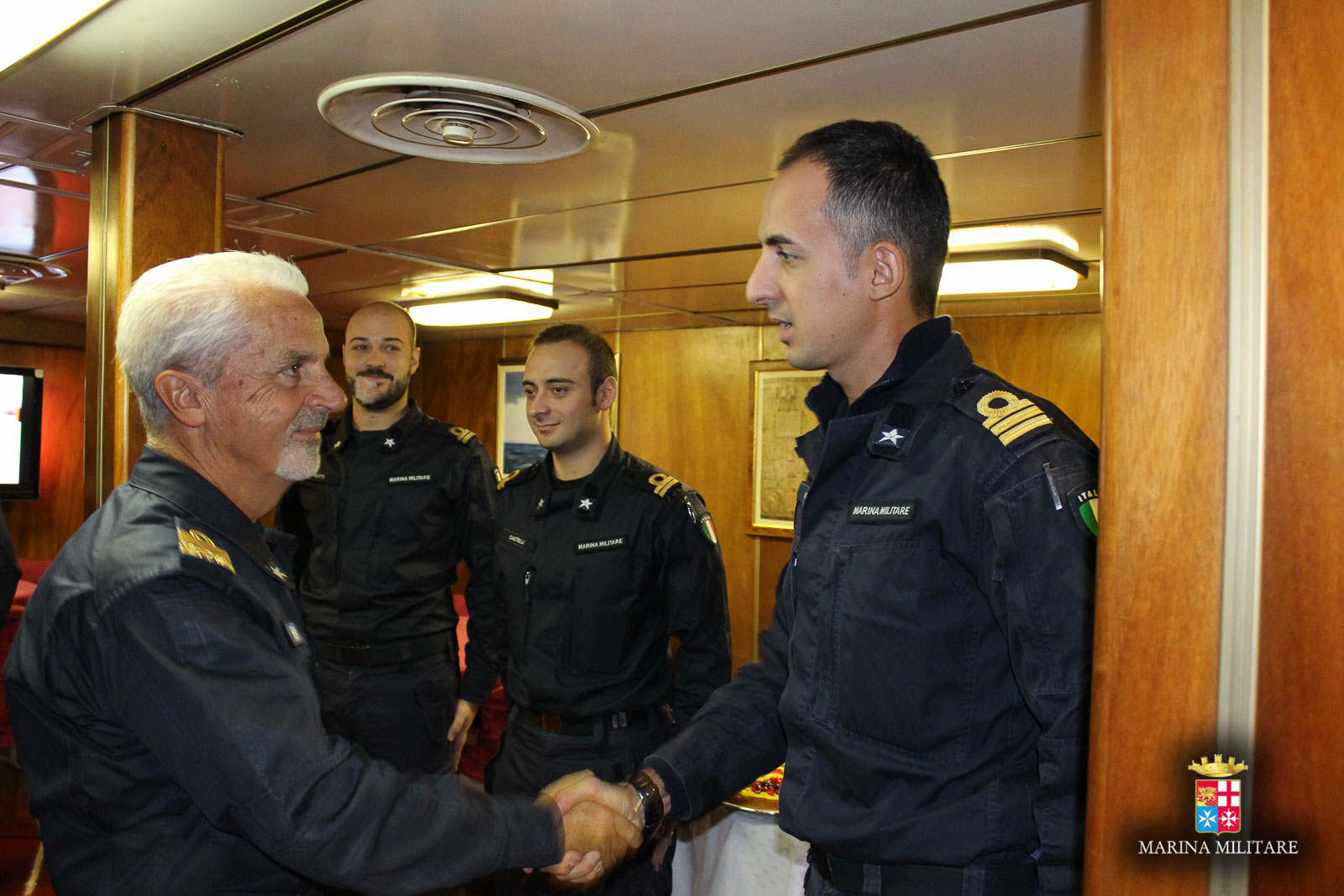 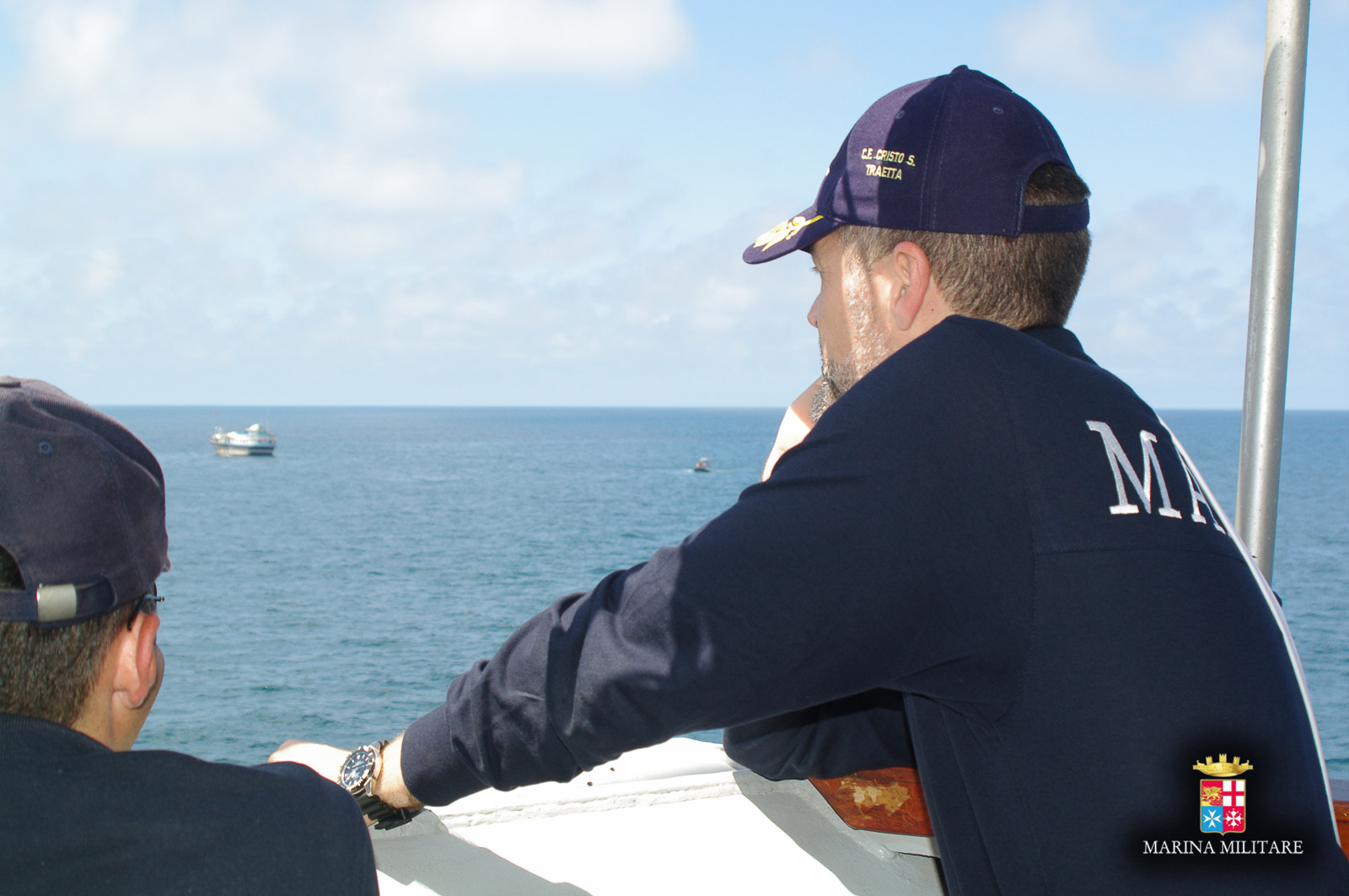 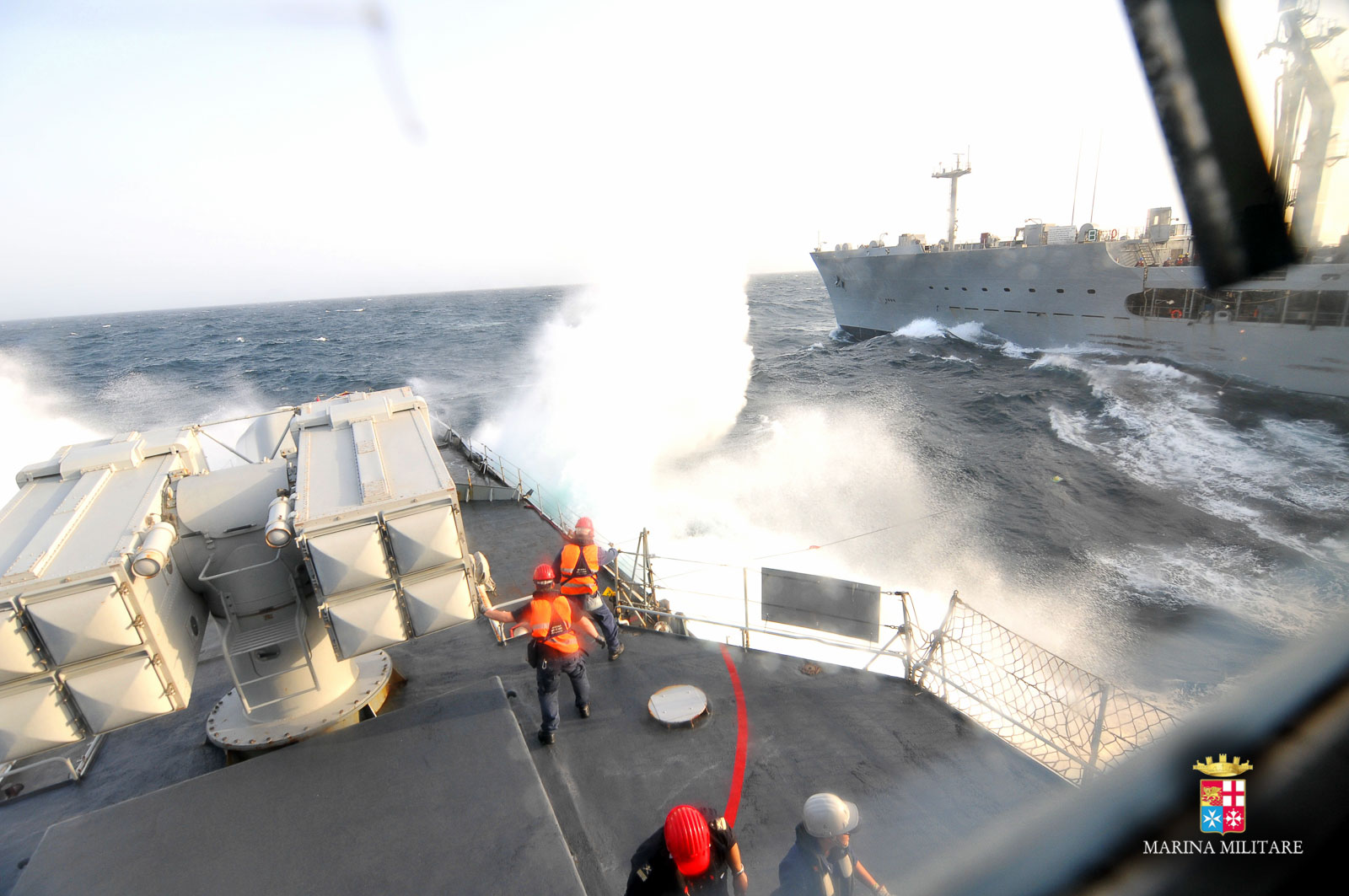 ITS Libeccio during a RAS in bad sea state condition