A- A  A+
News from EUROMARFOR
Back to previous page
February 25, 2016
Tanzanian Navy Greets Operation Atalanta Staff in Dar es Salaam

From 20 to 25 February, Operation Atalanta staff, including the Force Commander, took the opportunity to met personnel from the Tanzanian Navy.

The visits were made possible as both the Atalanta flagship, ITS Carabiniere, and Spanish warship, ESPS Tornado, were alongside in Dar es Salaam conducting port visits.

During the port visit, ESPS Tornado’s Commanding Officer, Lieutenant Salvador Moreno Regil, also took the opportunity to get together with his Tanzanian colleagues and meet the Naval Commander, Rear Admiral SS Omar Laswai.

Liaison with regional authorities during port visits is a regular occurrence for Operation Atalanta commanding officers and sailors.  They help to foster close cooperation in a potentially challenging maritime environment.

During the visits, the Tanzanian naval chiefs underlined their country’s determination to contribute to regional stability and thanked the EU Naval Force for conducting its successful counter-piracy operation that is helping to strengthen maritime security in the region’s sea areas.

Atalanta Force Commander is greeted by Staff from Tanzanian Navy 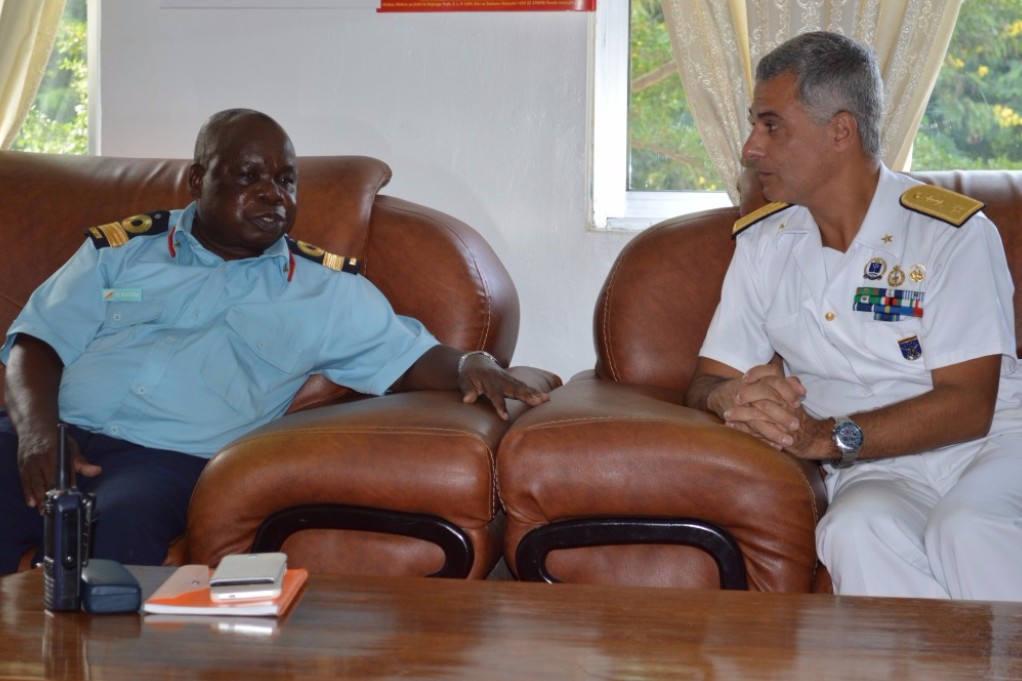