A- A  A+
News from EUROMARFOR
Back to previous page
September 19, 2017
PORTUGAL in charge of the European Maritime Force (EUROMARFOR).

Vice Admiral Donato Marzano, Italian Commander in Chief of the Italian Fleet, referred that “… EUROMARFOR is a concrete reality, ready to operate in favor of Nations and/or European interests” and thanked the support of the Nations, the EUROMAFOR Fleet commanders and ship’s crew.

Vice Admiral Henrique Gouveia e Melo, the COMEUROMARFOR, highlighted the real importance of the seas and oceans in our daily life and that “…the seas and oceans are not only important as a climate regulator, and crucial in the food chain and supply, but, the maritime routes that cross these spaces are the real arteries of economic globalization. Without the free and regular flux of goods in these arteries, the economic health of western countries would be seriously affected …” summing up that “… Europe, as a political and economic entity, is strongly dependent on the freedom of the seas and the rightfully use of this global common, and as such, EUROMARFOR will always be an important and useful tool.”

General Pina Monteiro, Portuguese Chief of Defense, in his speech mentioned the importance of EUROMARFOR’s role in the world today and the reputation this force has gained over the last 22 years, leading or supporting crisis management and other operational tasks, including humanitarian aid, disaster relief and rescue operations, peacekeeping and peacemaking. Basically, every situation outside that of the classical and open military conflict.

Portugal has assumed, for the next two years, the Operational Command of the EUROMARFOR for the third time in twenty two years of its existence. 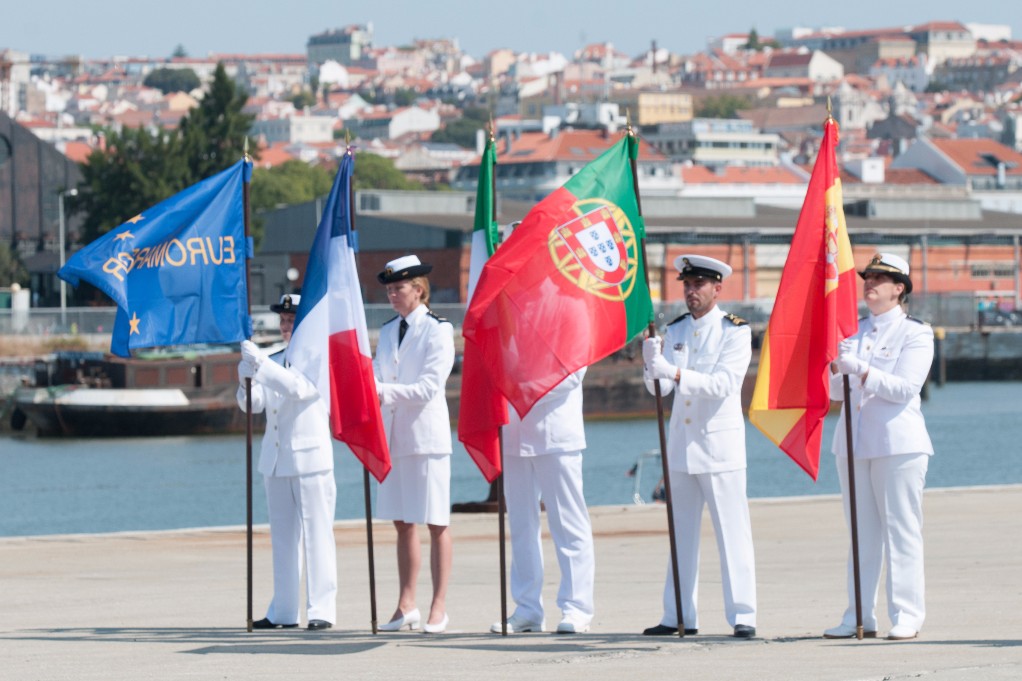 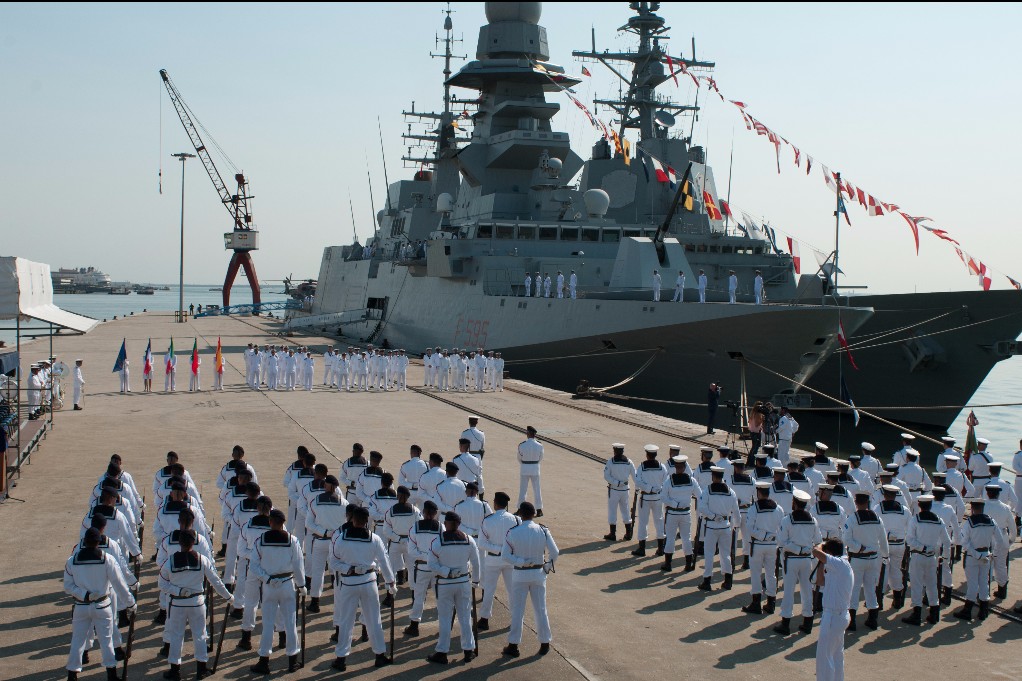 EUROMARFOR forces in parade during Ceremony. 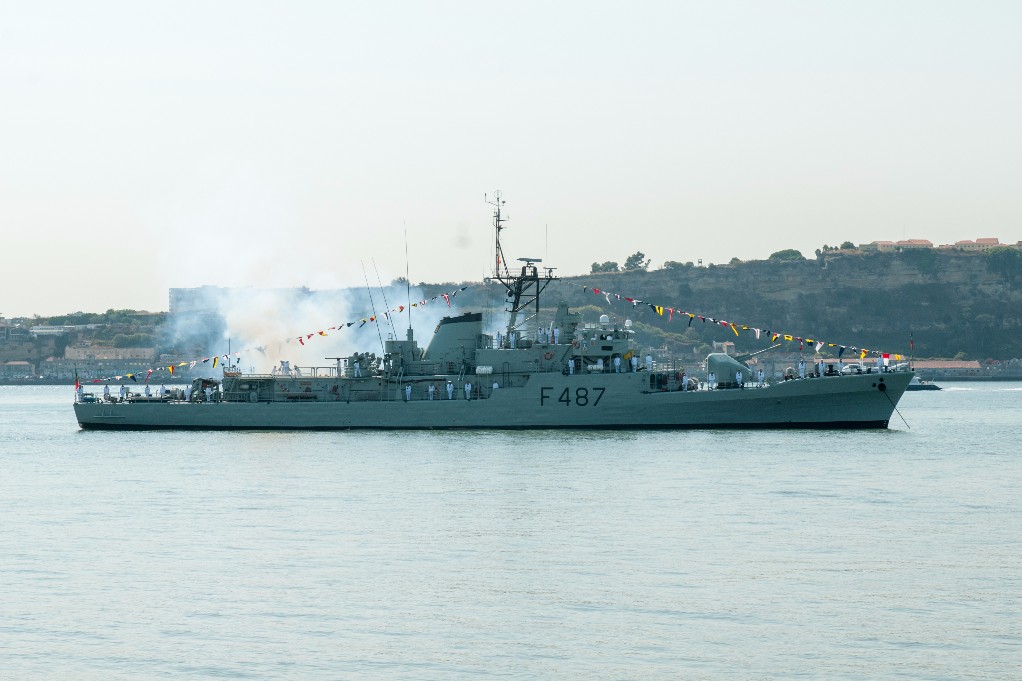 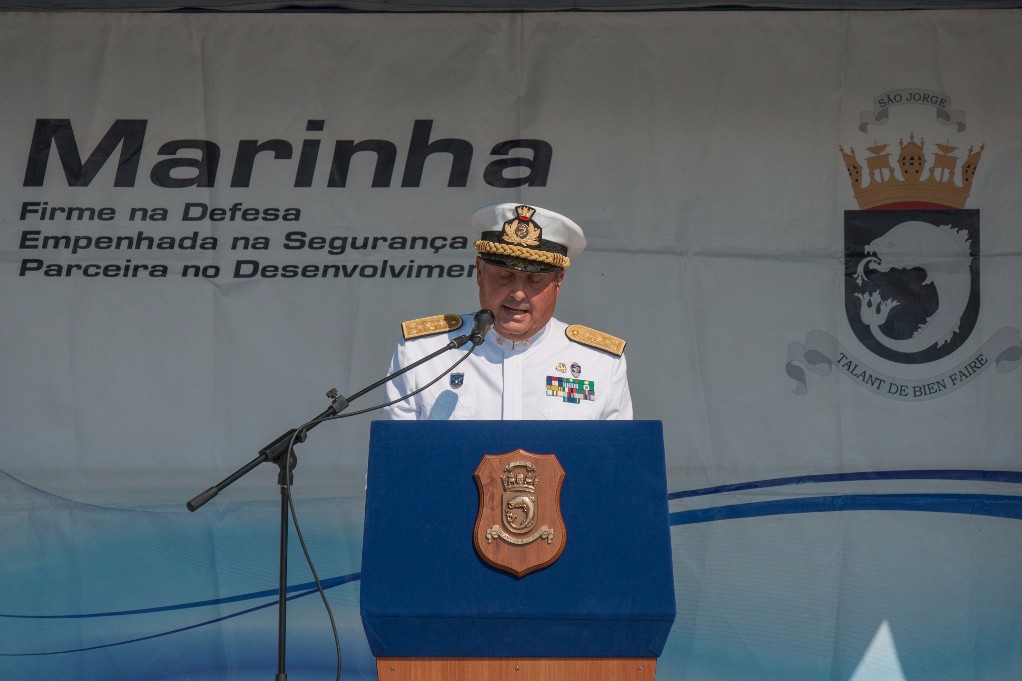