A- A  A+
News from EUROMARFOR
Back to previous page
June 19, 2018
EUROMARFOR TG activation ceremony in Lisbon

On the occasion of the SWORDFISH in port training, the EUROMARFOR TG called in Lisbon harbour and was activated on the 19 of june in a ceremony chaired by the COMEUROMARFOR, Vice Admiral Gouveya e Melo.

The first EUROMARFOR activation took place for the EOLO exercise on April 1996 and along this 22 years more than 35 activation either for Real world operations ant training or cooperative activities occured.

During his speach, the COEMUROMARFOR (CEMF) recalled that Europe, as a political and economic entity, is strongly dependent on the freedom of the seas and the rightfully use of the seas, and as such, EUROMARFOR it is an important and useful tool to assure that.

France, Italy, Portugal and Spain, the four countries that constitute EUROMARFOR, are de facto the Southern frontier of the European Union, an area of a cultural, religious and economic fracture between the North and the South. Therefore as the four nations share this Western and Southern common frontier, they have to face the same common operational challenges that require, to work as a group amd strongly pursue a good Maritime Situational awareness.

In this prerspective CEMF also pointed out  how EMF forces contribute for the Freedom of Navigation and Protection of Sea Routes as well as their committement to guarantee the Rightful Use of the Sea, in order to grant EUROMAFOR as a useful tool, not only for the constitutive countries, but also for the European Union.

During the Ceremony the Capt (PRN) Paulo Alves Martins was nominated as COEMUROMARFOR during the next foru weeks in which the EUROMARFOR TG will operate participating to the SWORDFISH 18 exercise and the EUROMARFOR cooperation activity first with Mauritanian Navy and lately with Cape Verde Coast Guard. 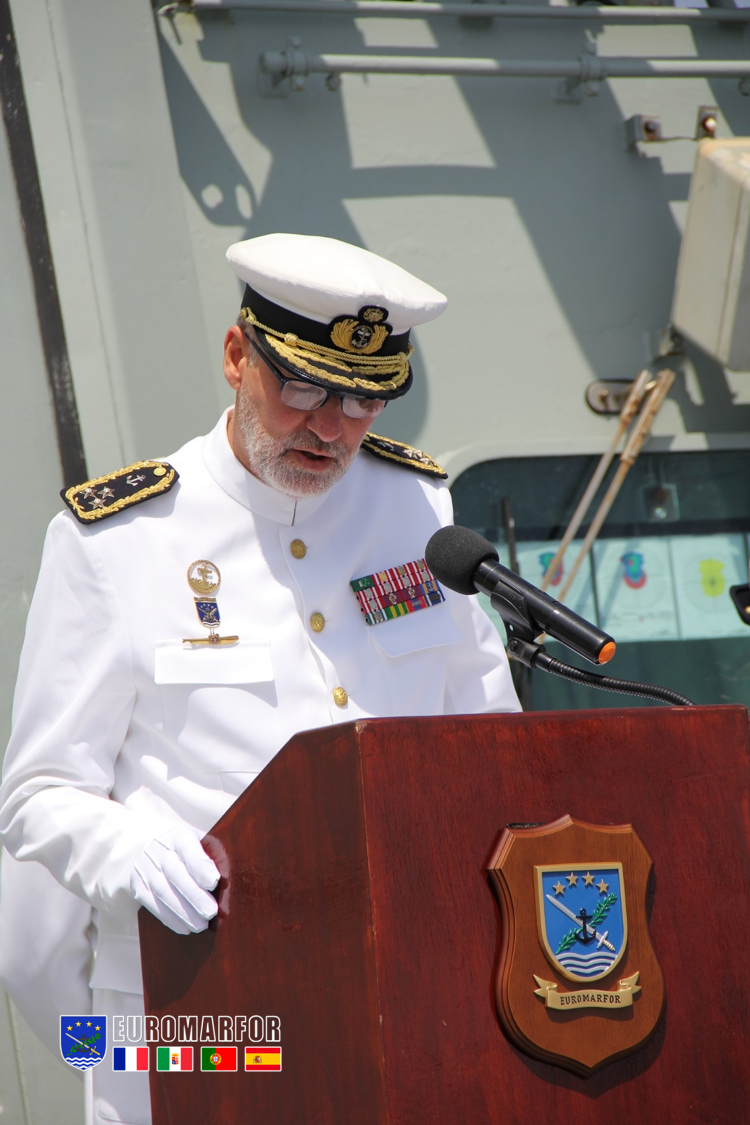 COMEUROMARFOR - vice Admiral Gouveya e Melo giving his speach and pointing out his view and directives over the next period of Command. 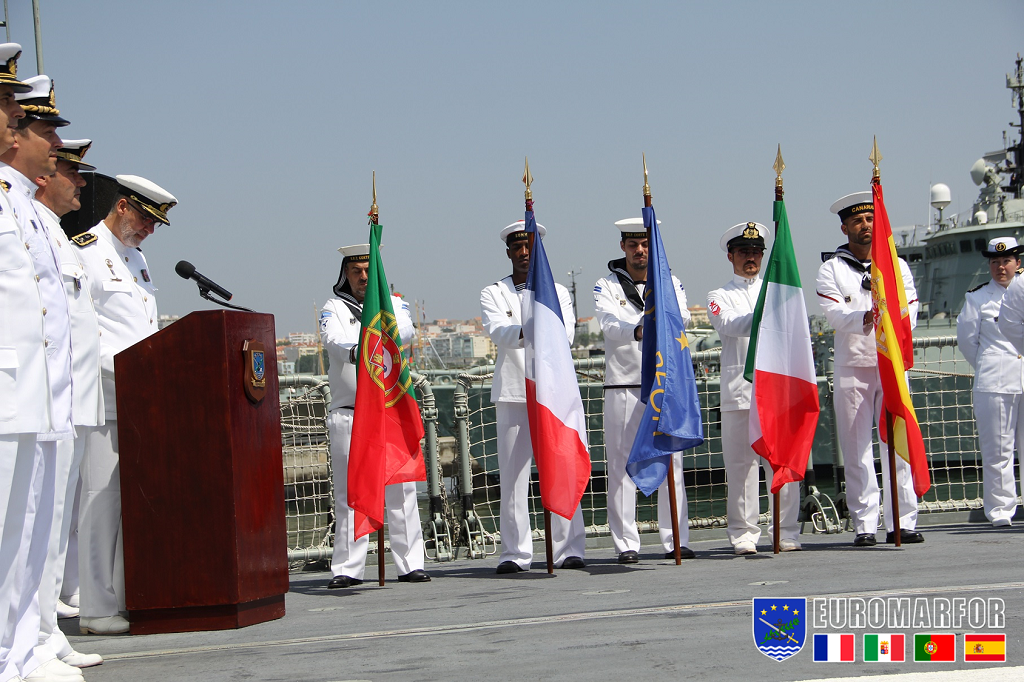 COMEUROMARFOR - vice Admiral Gouveya e Melo giving his speach at the presence of the COMGRUEUROMARFOR, the Commanding Officers of the 4 EMF Units and their crews representatives. . 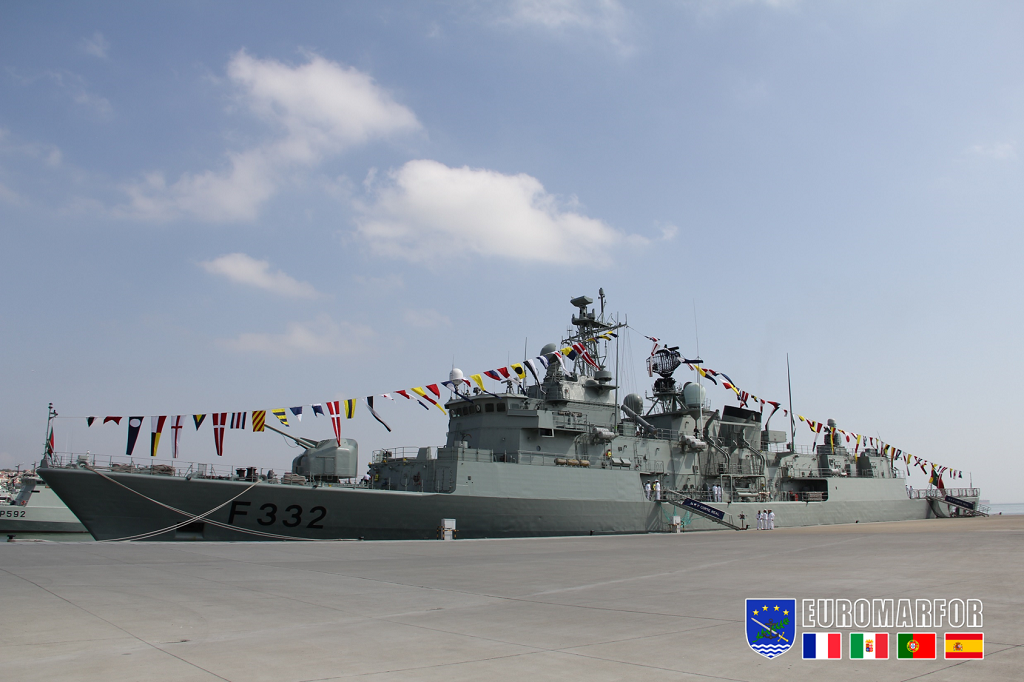