A- A  A+
News from EUROMARFOR
Back to previous page
June 28, 2018
EMF TG completed SWORDFISH 18 and head south for Multi-cooperative exercises

The EUROMARFOR TASK GROUP accomplished the first part of its mission for tis 35th activation after completing a demanding training during the SWORDFISH 18.

The escort task group is composed by NRP Corte-Real as flagship of the COMGRUEUROMARFOR Capt (PRN) Paulo ALVES MARITNS and integrates the French Navy AOR FS Somme and the frigates ITS Scirocco from the Italian Navy and ESPS Canarias form the Spanish Navy.

The exercise constituted one of the training activities that the four EUROMARFOR nations agreed to schedule for the current year in order to increese the interoperabilities and the readines of the EMF TG. 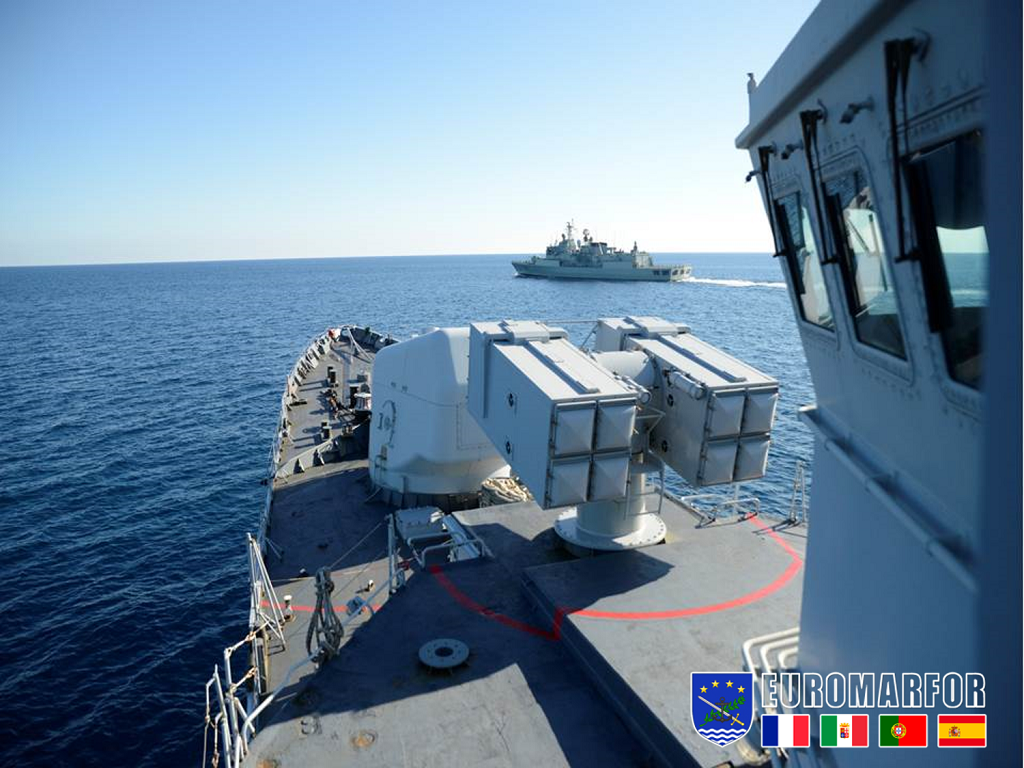 NRP Corte-Real and ITS Scirocco 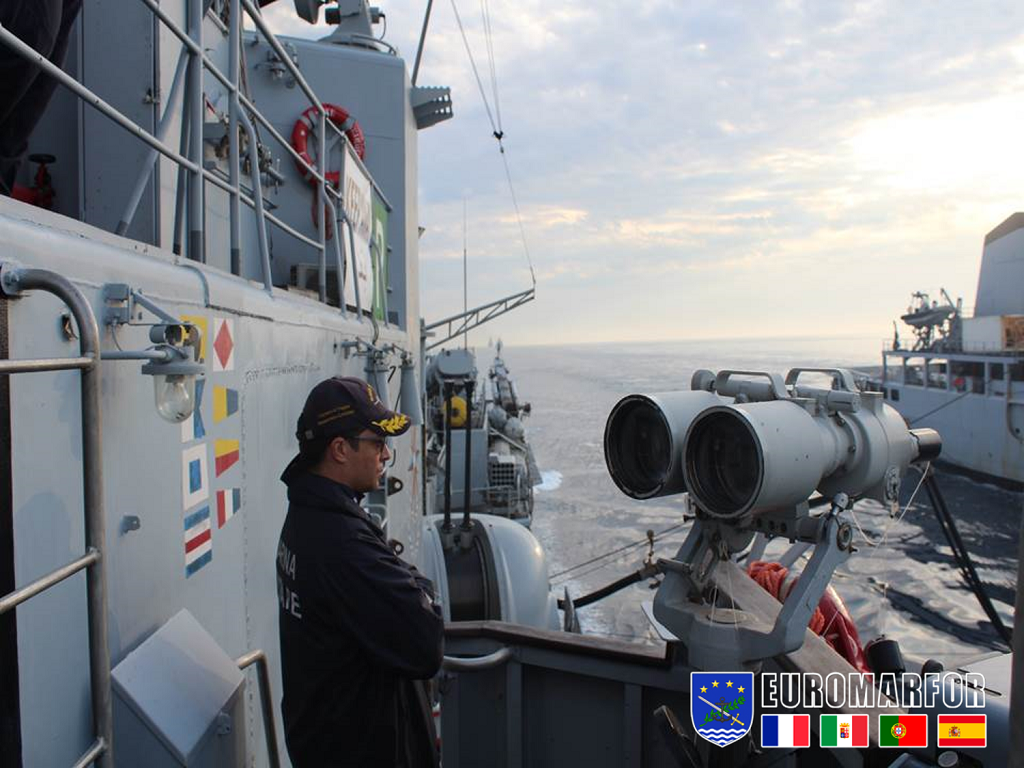 FS Somme and ITS Scirocco 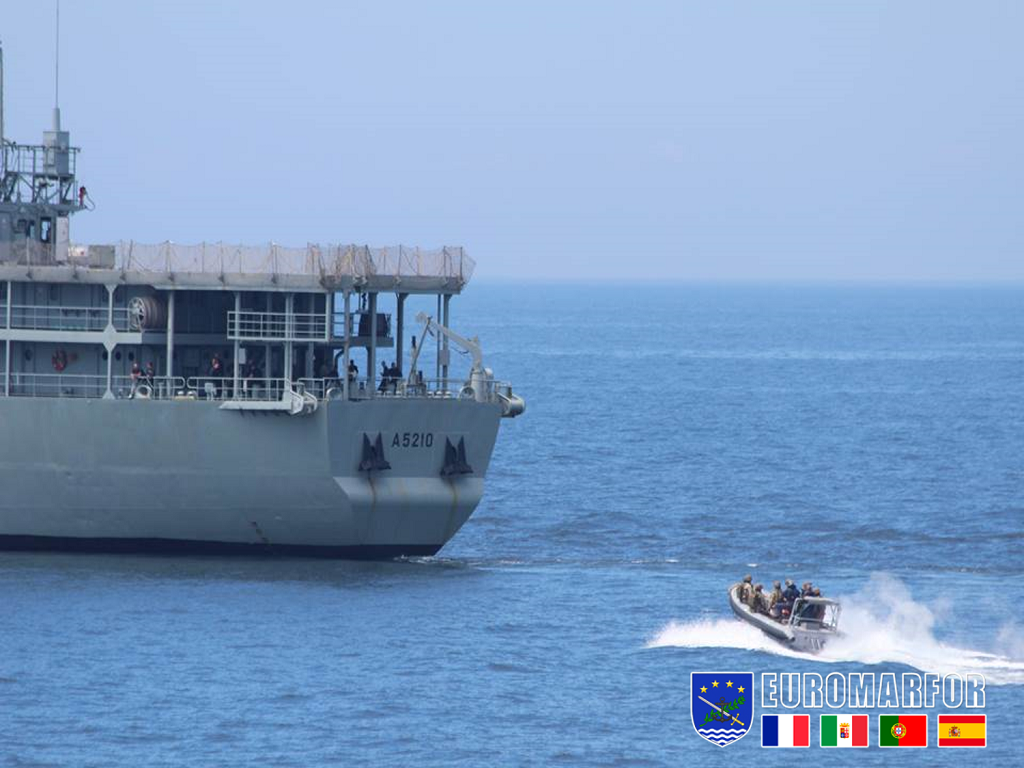