A- A  A+
News from EUROMARFOR
Back to previous page
November 26, 2018
EMF Navies in the Sub-Working Group Meeting in Paris

From the 20th to 22nd of November 2018 the French Navy hosted the EMF Sub Working Meeting in the modern building of the French Defense General Staff in Balard.

This EUROMARFOR technical board, presently chaired by the French Navy, addressed several issues with particular focus on the program of activities for the next year and an outlook for the following two years. The Director of the Permanent cell presented  the  recent initiatives taken in the last months and the activities scheduled for the 2019.  Some other issues regarding the techincal aspect and the startegic vision for the future of EUROMARFOR were also disscussed and analyzed before being submitted to the Political Military Working Group.

The EUROMARFOR Task Group, once activated, is composed by naval units of the four members nations tasked to accomplish specific missions or to perform specific trainings and cooperation activities, under the COMEUROMARFOR Flag, Vice Admiral (PON) Henrique Gouveia e Melo. 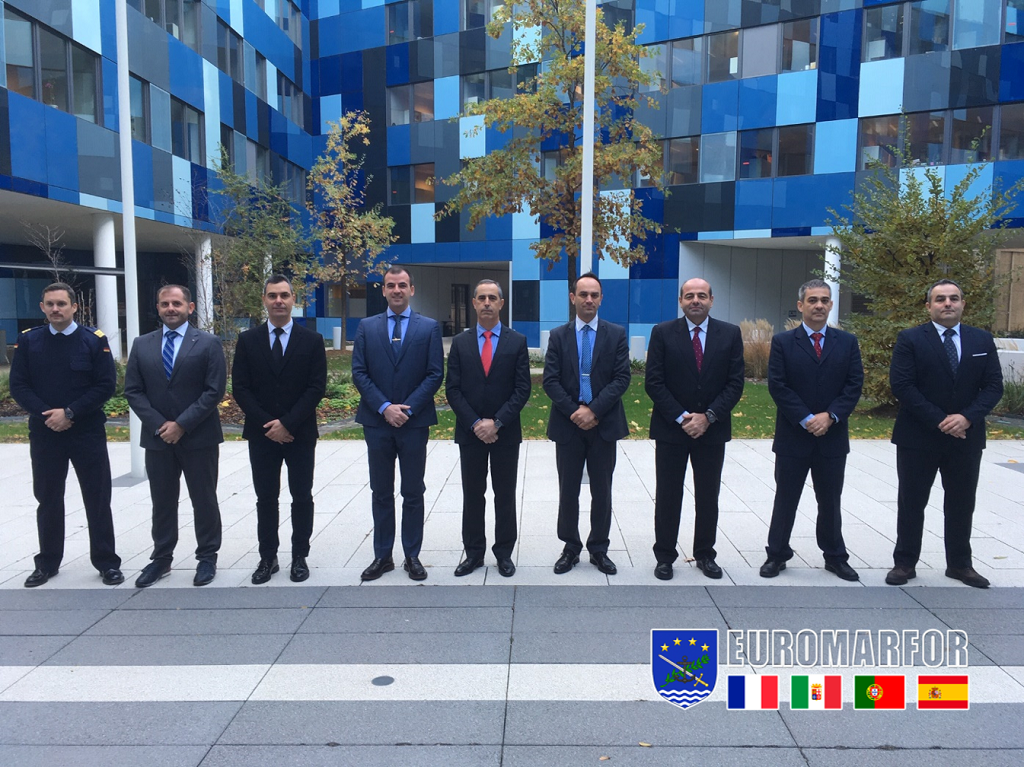