A- A  A+
News from EUROMARFOR
Back to previous page
March 22, 2019
Portuguese Fleet Commander hosts the 2019 EMF fleet Commander Meeting

The meeting is now organized on annual base and is aimed to put togheter the Operational Commanders of the four navies to analyze the present EMF commitments, missions, as well as the prioritization of its activities. After more than one year of portuguese and having in the horizon the shift of command to France, the four Admirals focused their attention in continuing to enhance EUROMARFOR model of involvement within EU and NATO.

One of the outcomes of the meeting is the  necessity to emphasize the interoperability and information sharing between EMF maritime operational cells stenghening the link within the four Naval Coordination and Guidance of Shipping cells (NCAGS). The Admirals assessed that an even stronger connection of the four maritime operational cells will allow EUROMARFOR to become the most significant European force, with focus within the south and southwestern bounders of Europe.

EUROMARFOR goal is to increase its contribution to the framework of Maritime Security Operations, for which intends to continue to develop specific activities for capability enhancement on the Mediterranean neighbourhoods, with the spirit to enhancing the Maritime Security in the region.

EUROMARFOR is a multinational maritime force created in 1995 by four nations, France, Italy, Portugal and Spain, aiming its employment in maritime security, humanitarian, peacekeeping and crisis management missions, under the principles of the Petersberg Declaration, either autonomously or in the framework of the entire European Union or other international organizations. 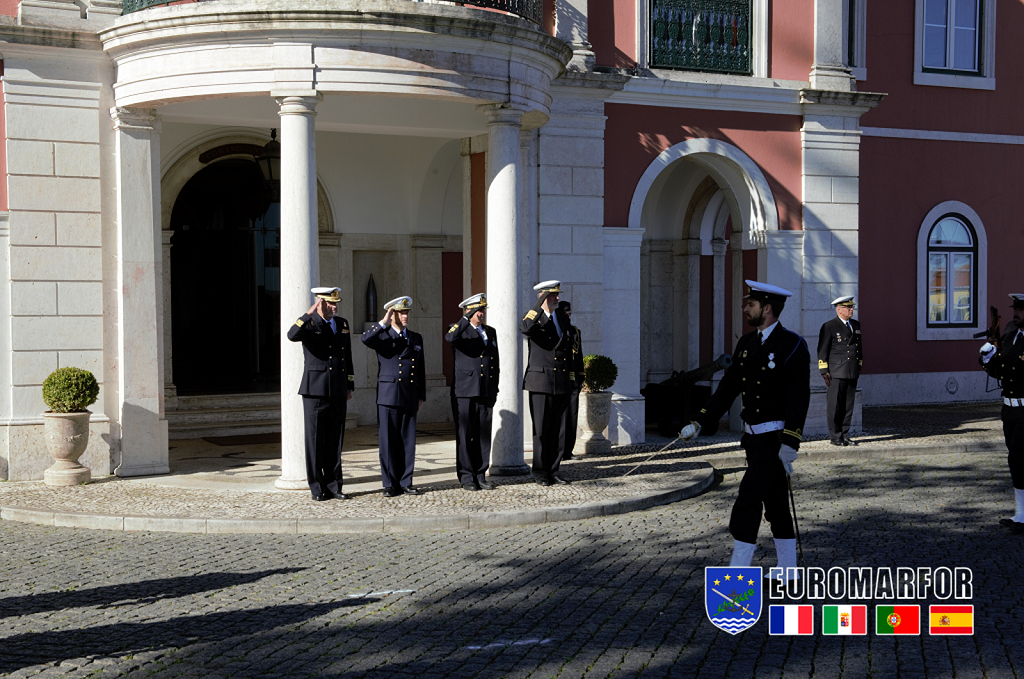 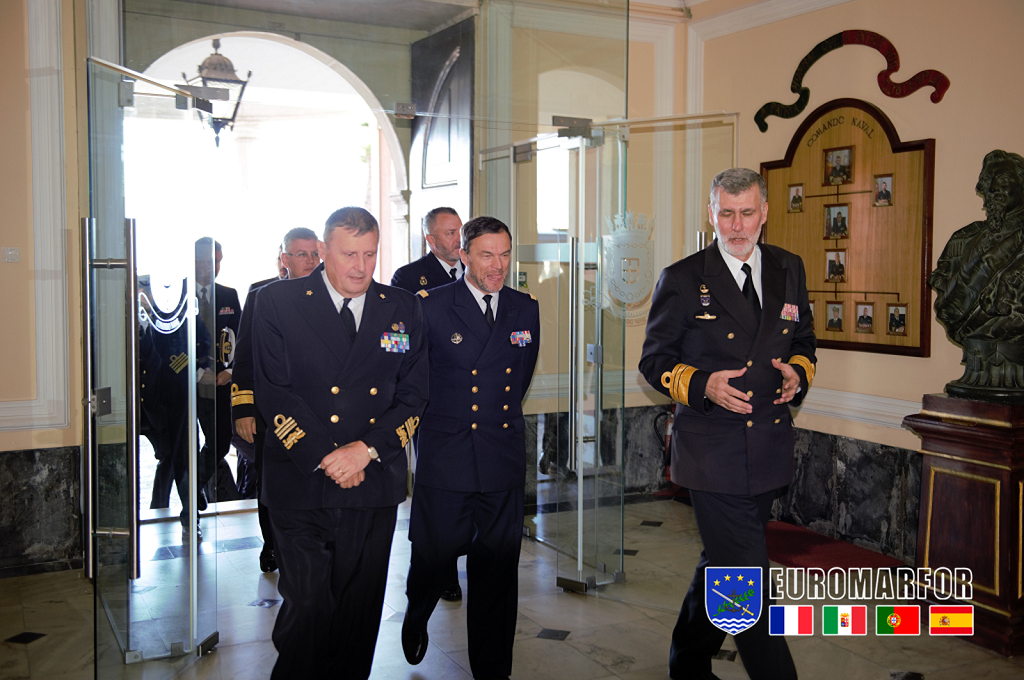 Round tuble during the 2019 Fleet Commanders Meeting 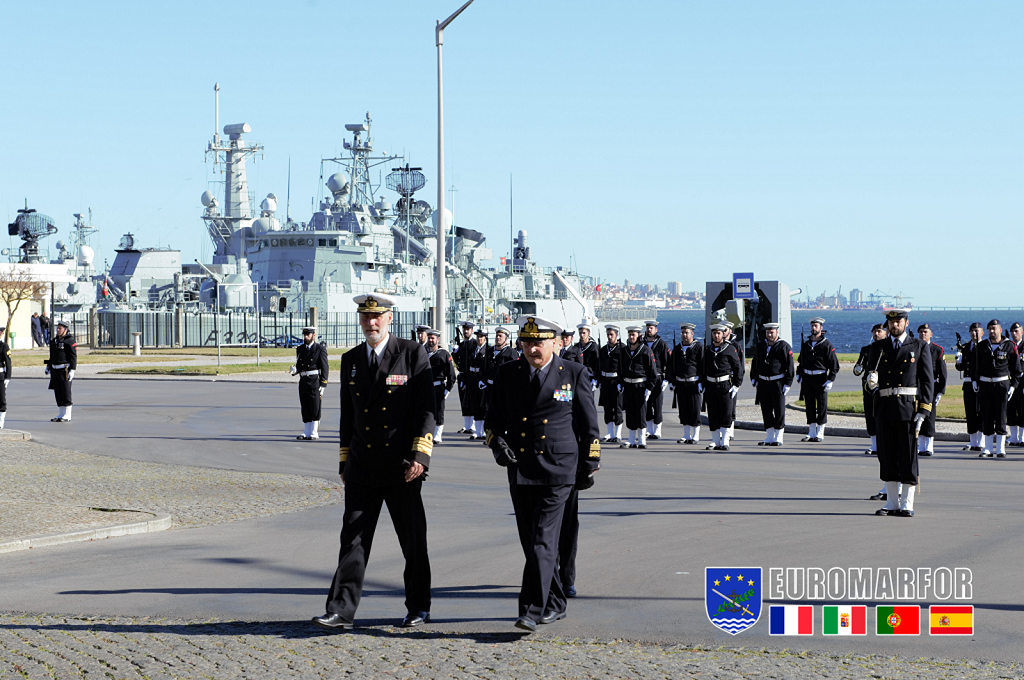 Honour ceremony in Lisbon Naval Base 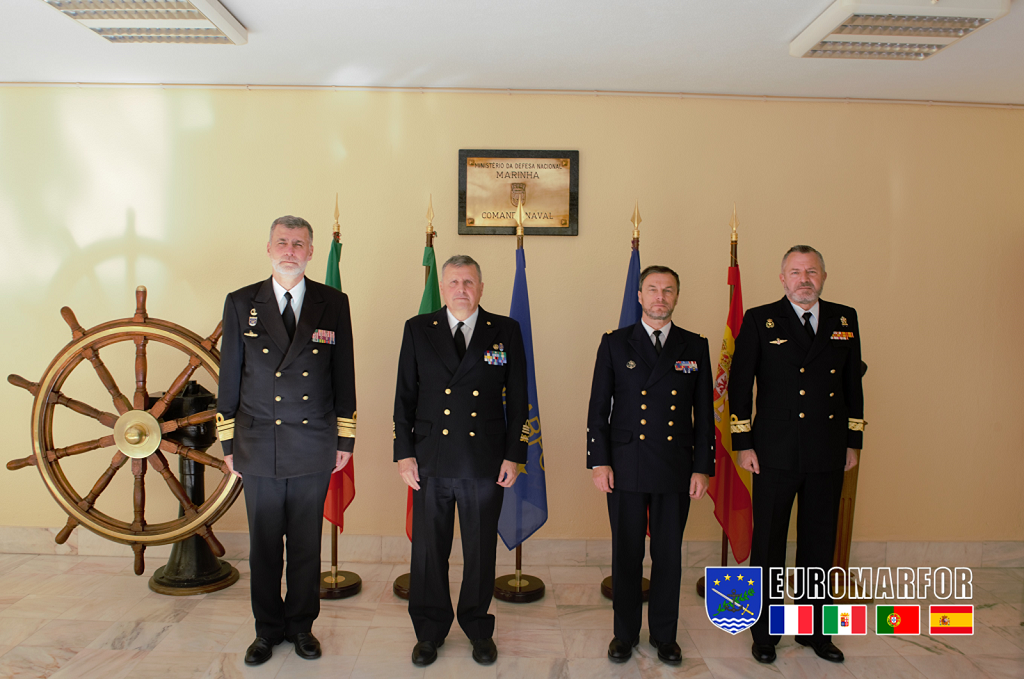 The Admirals standin near EUROMARFOR flags in COMEUROMARFOR HQ