A- A  A+
News from EUROMARFOR
Back to previous page
April 30, 2019
Spanish Minex 2019 with EUROMARFOR Task Group has begun

On April 29th, SPANISH MINEX 19 exercise began, with a coordinated departure from the suggestive harbour of Mahon. The NRP Figueira da Foz is the flagship of the Euromarfor Group Commander (COMGRUEUROMARFOR), CDR (PRT N) Duarte da Conceição, and has embarked a team of mine warfare specialized Portuguese navy divers.

The exercise constitutes a challenging training opportunity and in this edition the Task Group is constituted by thirteen ships. The aly stage of the exercise is dedicated for integrating the force and enhancing the common training, and it starts with maneuvering exercises, communications and security drills.

The EUROMARFOR Group constituted in the exercise organization as a sub group of the exercise Task Group (Task Unit level), and led by NRP Figueira da Foz, started its transit towards the southern part of the island of Mallorca, in order to continue the exercise within the assigned area of operations.

Several tactical training scenarios are expected, among them, defense against asymmetric threat along with the main task of searching, detecting, identifying and disposal of underwater-simulated mines. 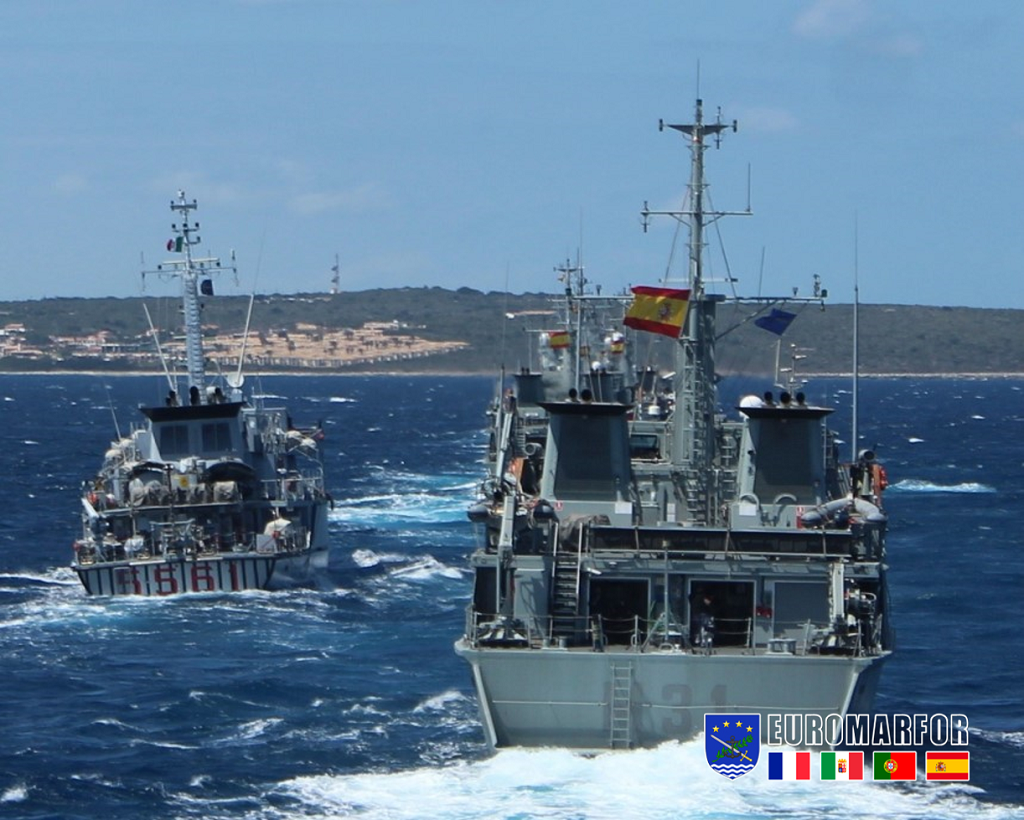 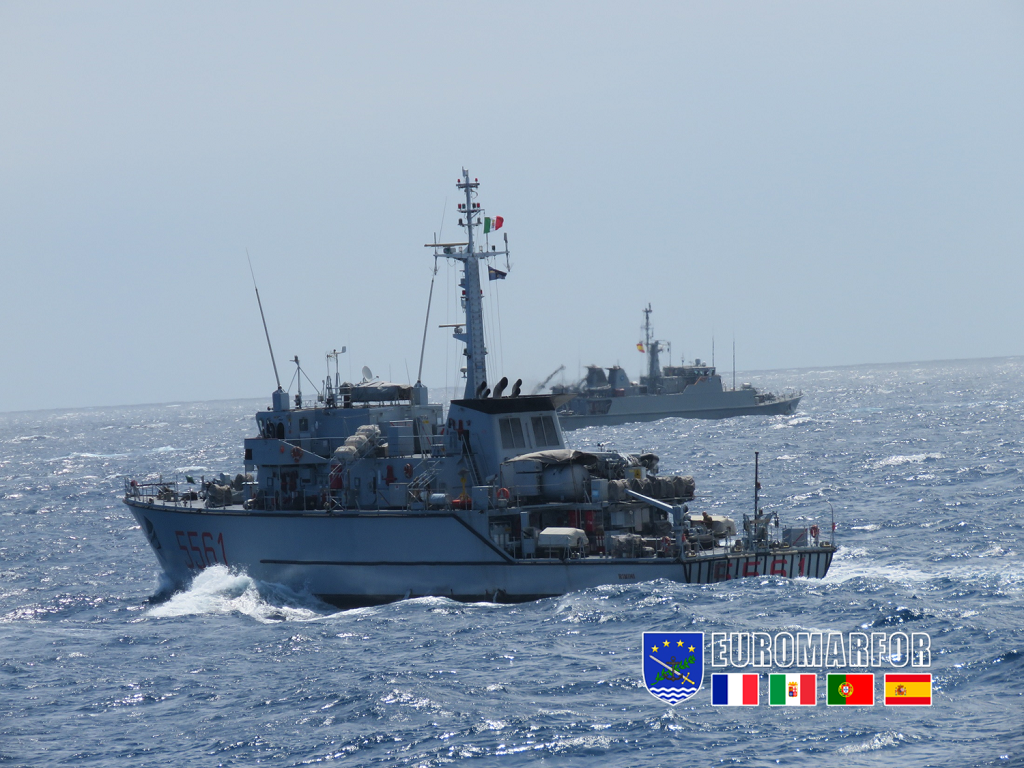 ITS Rimini manouvering in formation 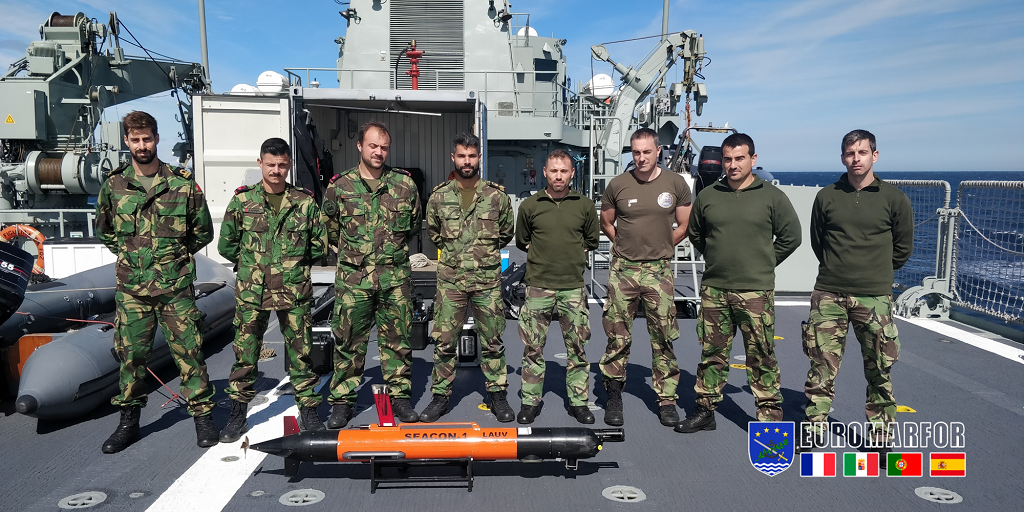 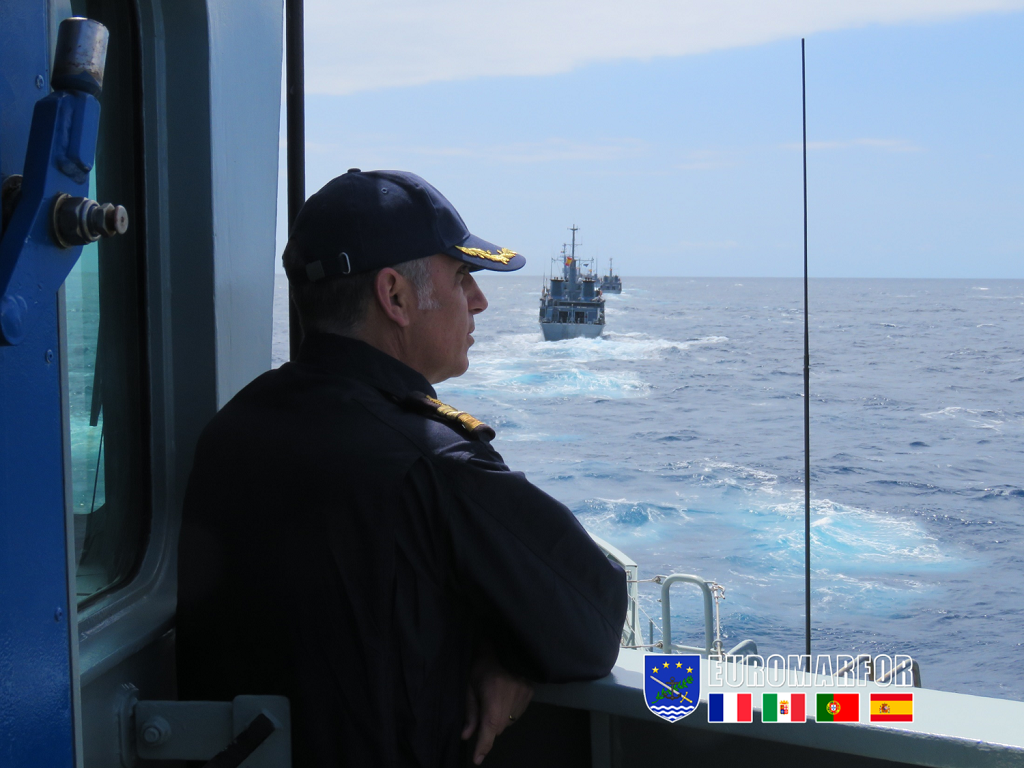 COMGRUEUROMARFOR overlooking the activity from the Flag ship