A- A  A+
News from EUROMARFOR
Back to previous page
June 17, 2019
Ceremony in Lisbon for the 42nd activation of EUROMARFOR Task Group

In the wonderful scenario of Lisbon took place today the ceremony for the 42nd activation of the European Maritime Forces (EUROMARFOR).  In the same waters, 24 years ago France, Italy, Portugal and Spain, strongly committed their navies to cooperate for maritime security. The four countries maritime frontiers are de facto the southwestern maritime frontier of the EU, where the four navies have to face the same common operational challenges while ensuring maritime security.

The European Maritime Forces activation ceremony and the Force Flag rising was graced by the presence of Secretary of State for National Defense, Ana Santos Pinto that chaired the event.

Addressing her speach and fair wind to the force, she underlined that “the role of our navies is, every day, more important, not only in order to maintain a secure and safe maritime environment, the safe passage of all ships by the seaways that underpin the global economy, but also to be ready to deploy, at a moment’s notice, to prevent or stop conflict, as well as to deterred and combat piracy and criminal acts ”, adding that “with a strong cooperation, those missions are done in a much substantial and stronger way.”

The Portuguese Navy with the Fleet Commander VADM (PRT N) Henrique Gouveia e Melo completes in September the two years of Operational Command of EUROMARFOR Task Group that during this activation will be lead at sea by Captain (PRT N) Salvado de FIGUEIREDO. On his flagship, the Portuguese frigate NRP Corte-Real, he will lead the assigned Units with the support of the multinational Staff composed by Officers of the four Countries.

During this activation the EUROMARFOR Task Group will take part to the CONTEX-PHIBEX, which is the largest maritime exercise organized by Portuguese Navy in 2019. The EUROMARFOR Units will be operating in a challenging and dynamic schedule of events, to enhance their readiness show-casing the skills and capabilities of the force as well as his contribute to maintaining an unparalleled level of interoperability while facing all the possible threat to common maritime security.

The task group will then proceed to Morocco where, for the fifth time since its creation, EUROMARFOR will cooperate and train with Royal Moroccan Navy within the framework of the common maritime security. 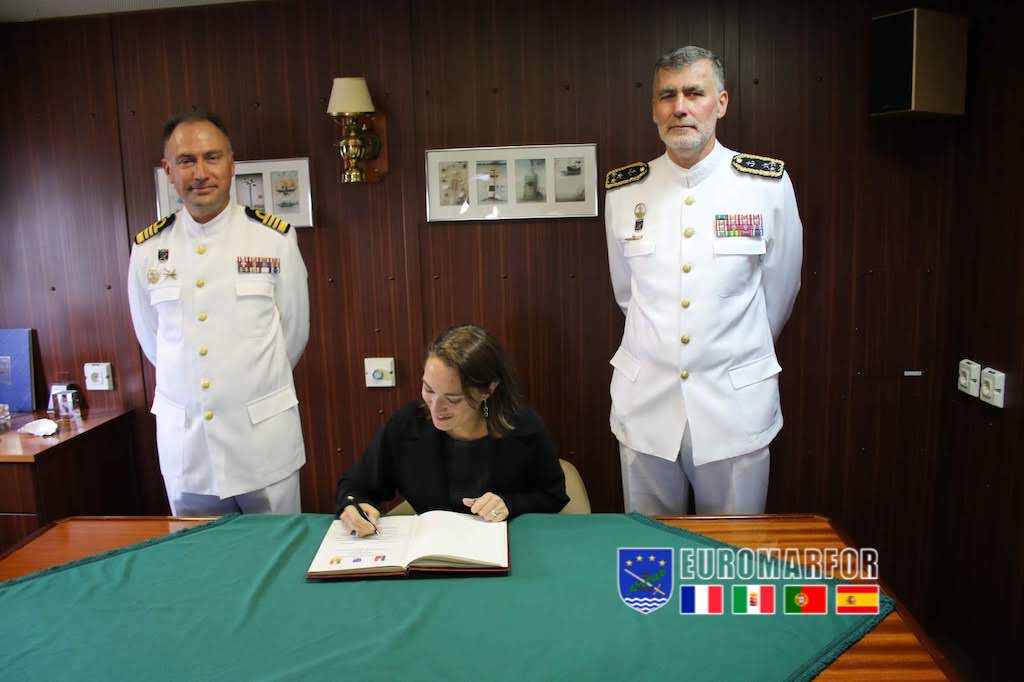 Secretary of State, COMEUROMARFOR and COMGRUEUROMARFOR signing the book of honor on NRP Corte-Real 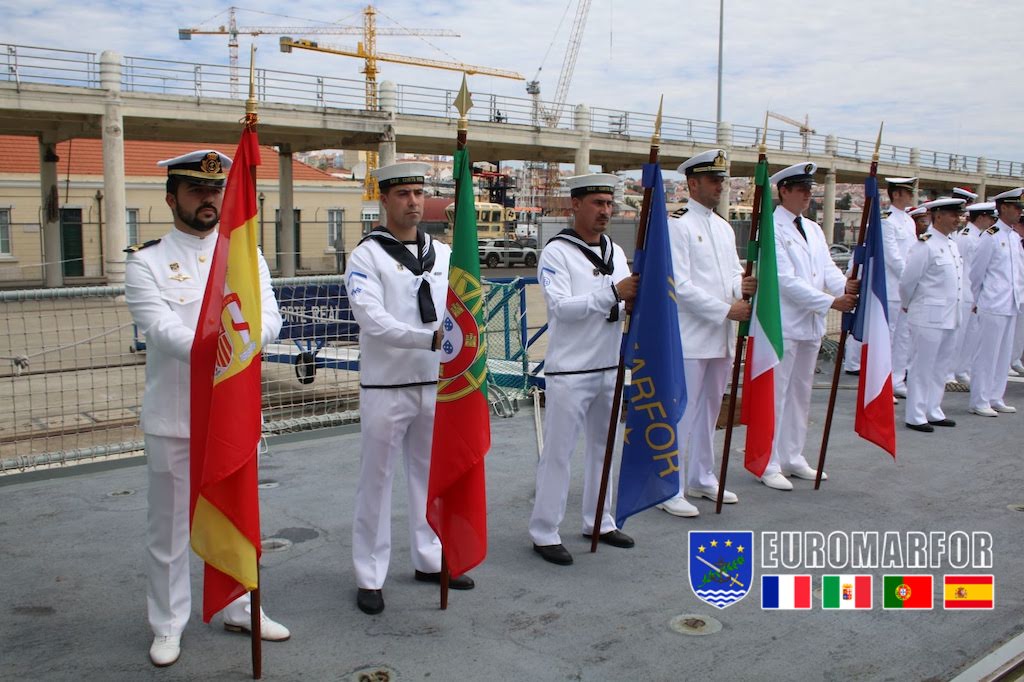 Euromarfor and Nations' Flags on NRP Corte-Real during activation ceremony