A- A  A+
News from EUROMARFOR
Back to previous page
July 01, 2019
COMGRUEUROMARFOR visited the Spanish frigate Victoria

The Commander of Euromarfor task Group (CGEMF), Captain (PRT N) Salvado FIGUEREIDO, visited ESPS VICTORIA integrates the task group under his command during the CONTEX PHIBEX19. The visit highlighted the valuable and professional work that the Unit and hers crew performed during the whole period under EUROMARFOR flag.

ESPS Victoria  belongs to the 41st escort squadron of the Spanish Navy; the 41st squadron based in Rota (Spain), her versatility enables her to carry out a wide variety of missions that can be grouped in two main areas:

- Maritime Interdiction Operations, which consist of controlling maritime traffic in a certain area and imposing restrictions that international organizations may see fit. This is carried out by identifying, boarding, inspecting and -when necessary- apprehending suspect ships.

- Protection of valuable units; task these ships were initially designed for.
Throughout her intense life, ‘Victoria’ has participated in very different missions, beginning with the deployments in the Red Sea and Persian Gulf during Irak’s invasion of Kuwait. She also took part in Yugoslavia’s embargo (operation SHARP GUARD) and lately she has participated in ACTIVE ENDEAVOUR and ENDURING FREEDOM operations. Last of all, ‘Victoria’ has taken part in the European Union’s operation ATALANTA in three occasions, fighting piracy in the Horn of Africa and protecting ships of the World Food Program. She is also part of the EUNAVFOR MED - Op. Sophia naval assets. Between 2005 and 2007, ‘Victoria’ had a thorough refit that included modernization of part of her equipment in Navantia’s Cádiz shipyard. As long as her sisterships ESPS ́CANARIAS ́, ́NUMANCIA ́, ́REINA SOFÍA ́, AND ́NAVARRA ́, she can carry up to two helicopters. 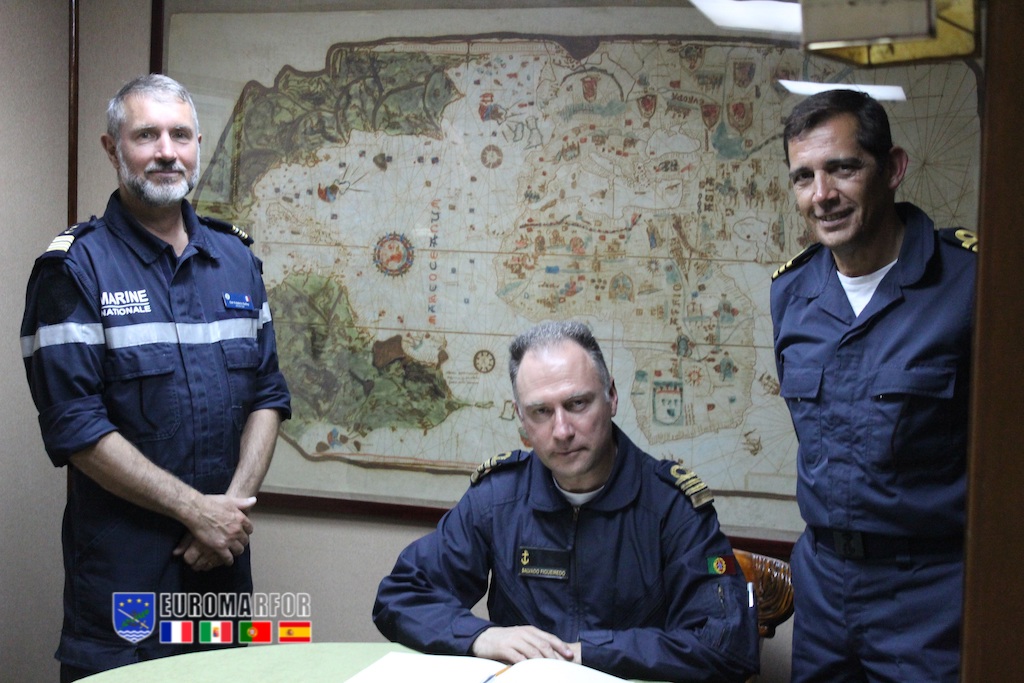 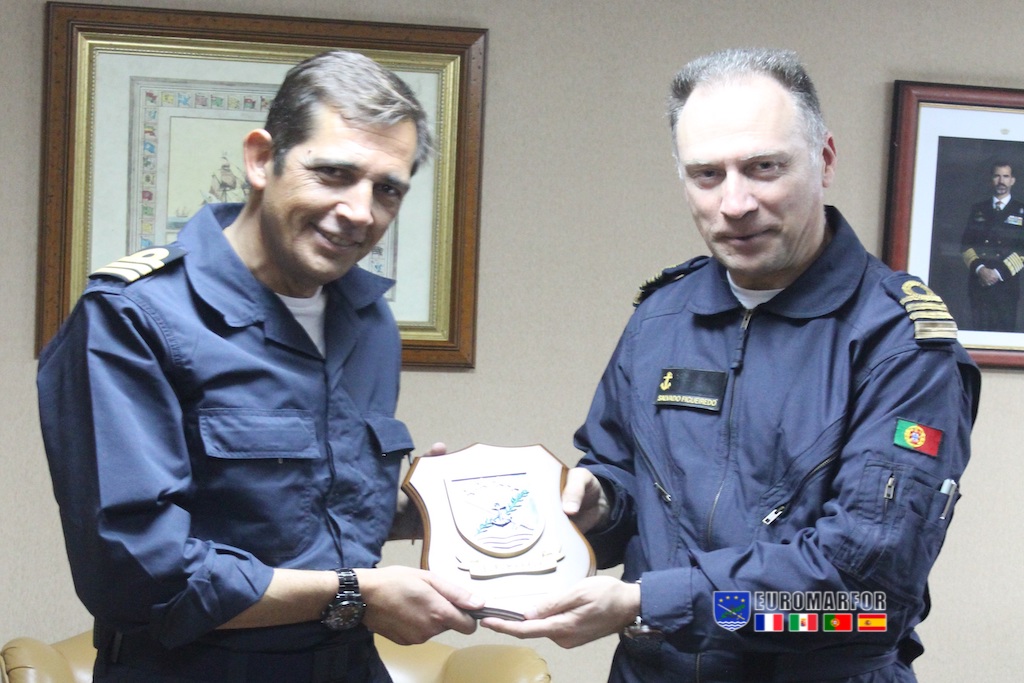 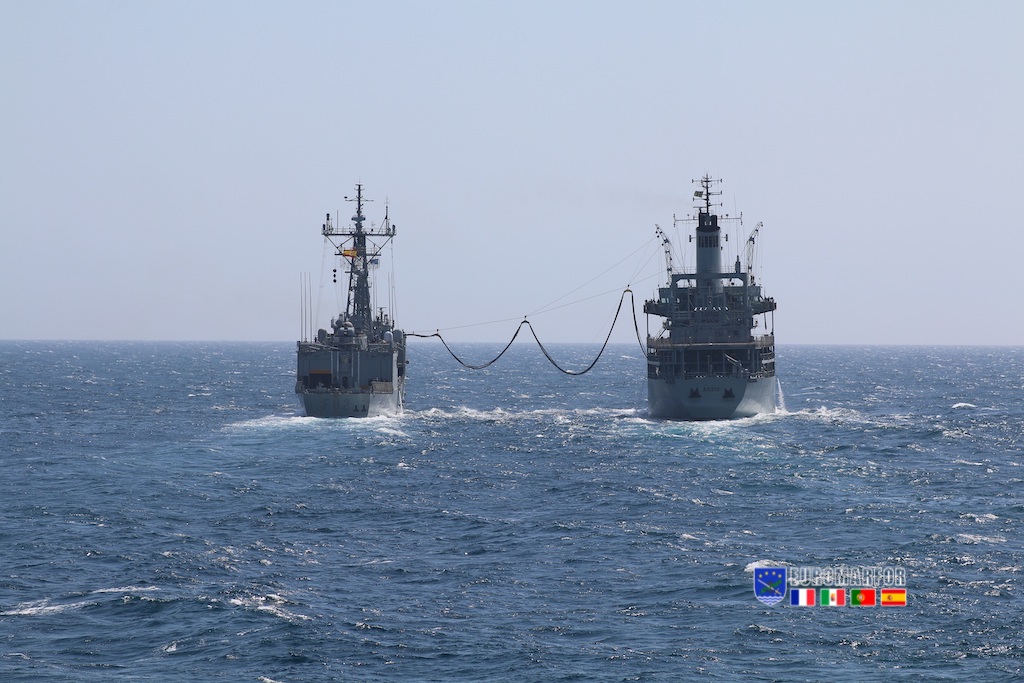 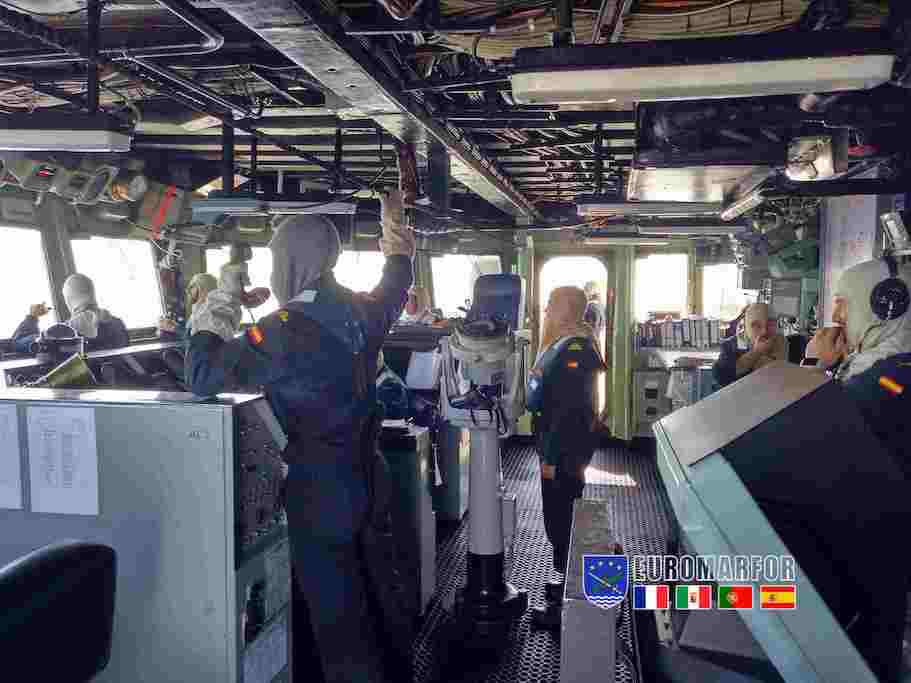 ESPS VICTORIA - working in the is a perfect exemple of teamwork