A- A  A+
News from EUROMARFOR
Back to previous page
July 06, 2019
Multi-Cooperative exercise 2019 - Mission completed

The EUROMARFOR TASK GROUP (EMF TG) composed by ESPS VICTORIA and NRP Corte-Real, as flagship, completed the activities at sea with RMNS Tarik Ben Ziyad  scheduled during the Multi-Cooperative Exercise 2019 with the Royal Moroccan Navy.

During this period, the EUROMARFOR (EMF) crews worked along their colleagues in a widerange of activities aimed to enhance the interoperability betwen the navies when operating in maritime security operations.

Since EUROMARFOR foundation it's the 5th time that Royal Moroccan Navy takes part to the common training and this occasion set the conditions to develop a more challenging and complex activitiy in the next future. During the activities the presence of the Commander of the European Maritime Force, Vice Admiral Henrique Gouveia e Melo reinforced this willing.

After the sail past EUROMARFOR task group (TG) had complited the assigned missions during the 42nd activation. The Commander of the EMF TG (CGEMF) - Captain (PRT N) Salvado FIGUEIREDO wished to the crews a safe tryp to the  Units proceeding to their next commitment.

This was also the last programemd activity for 2019 before the command hand over of the European Maritime Force. The Command of EUROMARFOR is held, since 19th September 2017, by the Portuguese Navy Fleet Commander, Vice-admiral Henrique Gouveia e Melo that in a message gave his fare well to the Units and crews assigned. 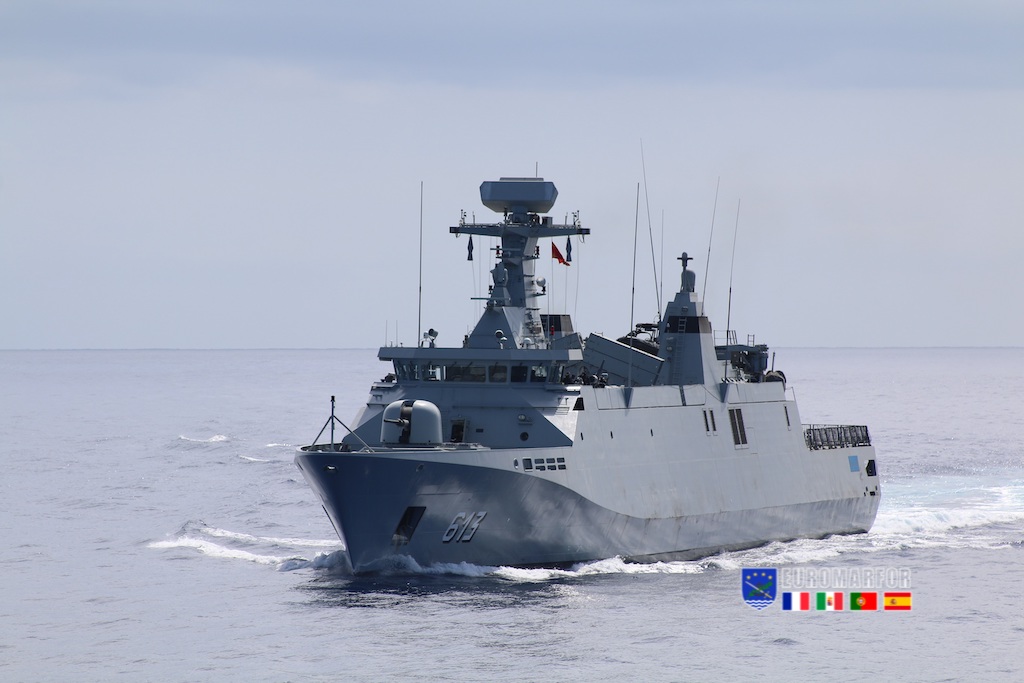 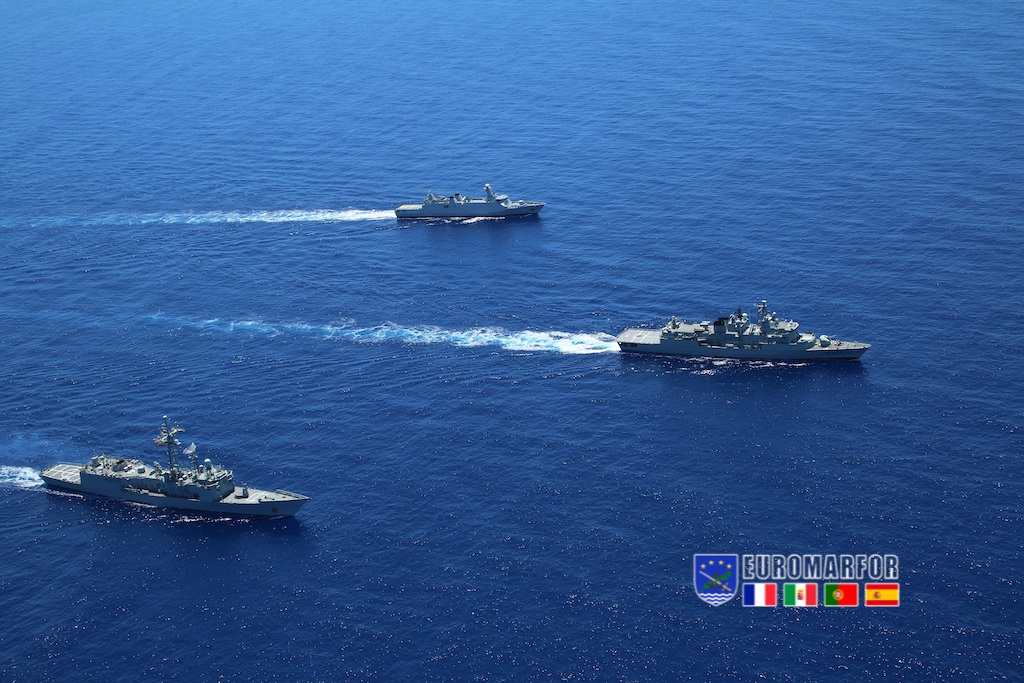 Sail Past during the Multi-Cooperative Exercise 2019 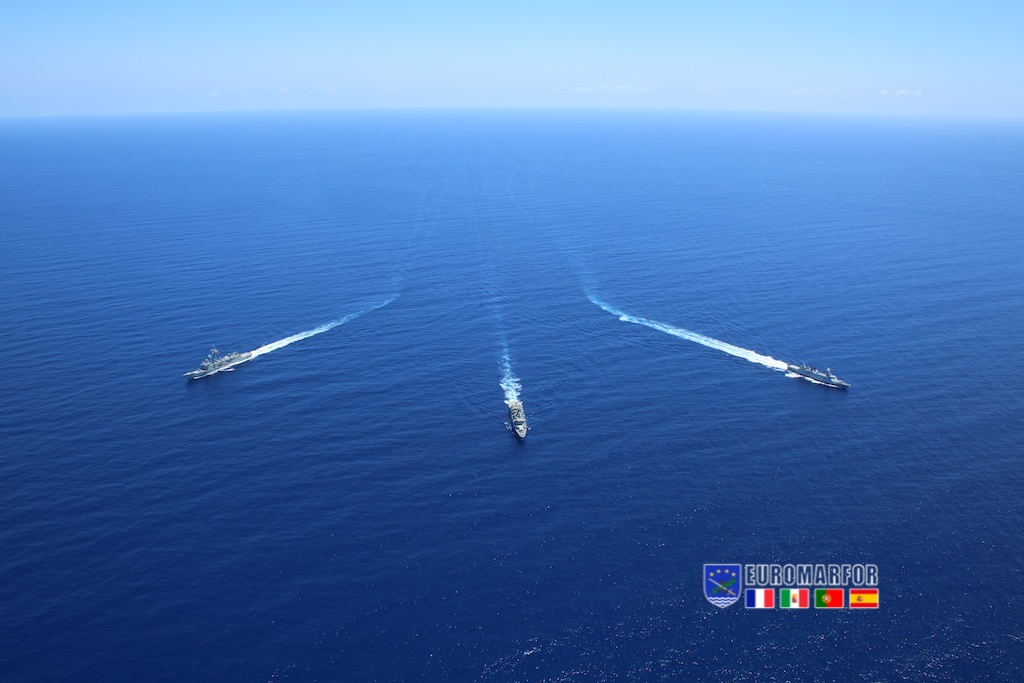 MCE 19 - formation for a final picture all together