A- A  A+
News from EUROMARFOR
Back to previous page
September 19, 2019
France takes command of EUROMARFOR

The French navy’s chief of staff, Admiral Christophe Prazuck, introduced vice admiral Jean-Philippe Rolland, commander of French surface Forces*, as the new operational commander of EUROMARFOR. Succeeding to Portugal, France will lead for 2 years this maritime force gathering four European countries (France, Italy, Portugal and Spain).
EUROMARFOR is a “naval cooperation tool” which has demonstrated its operational efficiency during the past 24 years. During the ceremony, French Navy’s chief of staff stated that EUROMAFOR “demonstrated its operational value on different occasions such as between 2002 and 2005 in the Eastern part of the Mediterranean sea and Indian ocean fighting against terrorism, in 2008 and 2009 off Lebanon’s coast under United Nations mandate, and between 2011 and 2015 in the Gulf of Aden fighting against piracy.”

Founded in May 1995 as an outcome of Petersberg Declaration (1992), EUROMARFOR is a naval partnership, which can be deployed under European Union (EU), North Atlantic Treaty Organization (NATO) or United Nations (UN), mandate, but also as long as the four partner nations agree. The main missions of the force are humanitarian, peacekeeping, crisis prevention and management, maritime security…

With a growing threat at sea and an increase of international instability, the commitment of those 4 European nations, members of EU and NATO, is a key capability to reinforce maritime security in strategic areas, especially in Mediterranean sea.

Thanks to its high flexibility and full interoperability, EUROMARFOR is a military force that can be deployed at short notice and adapt to new maritime issues. 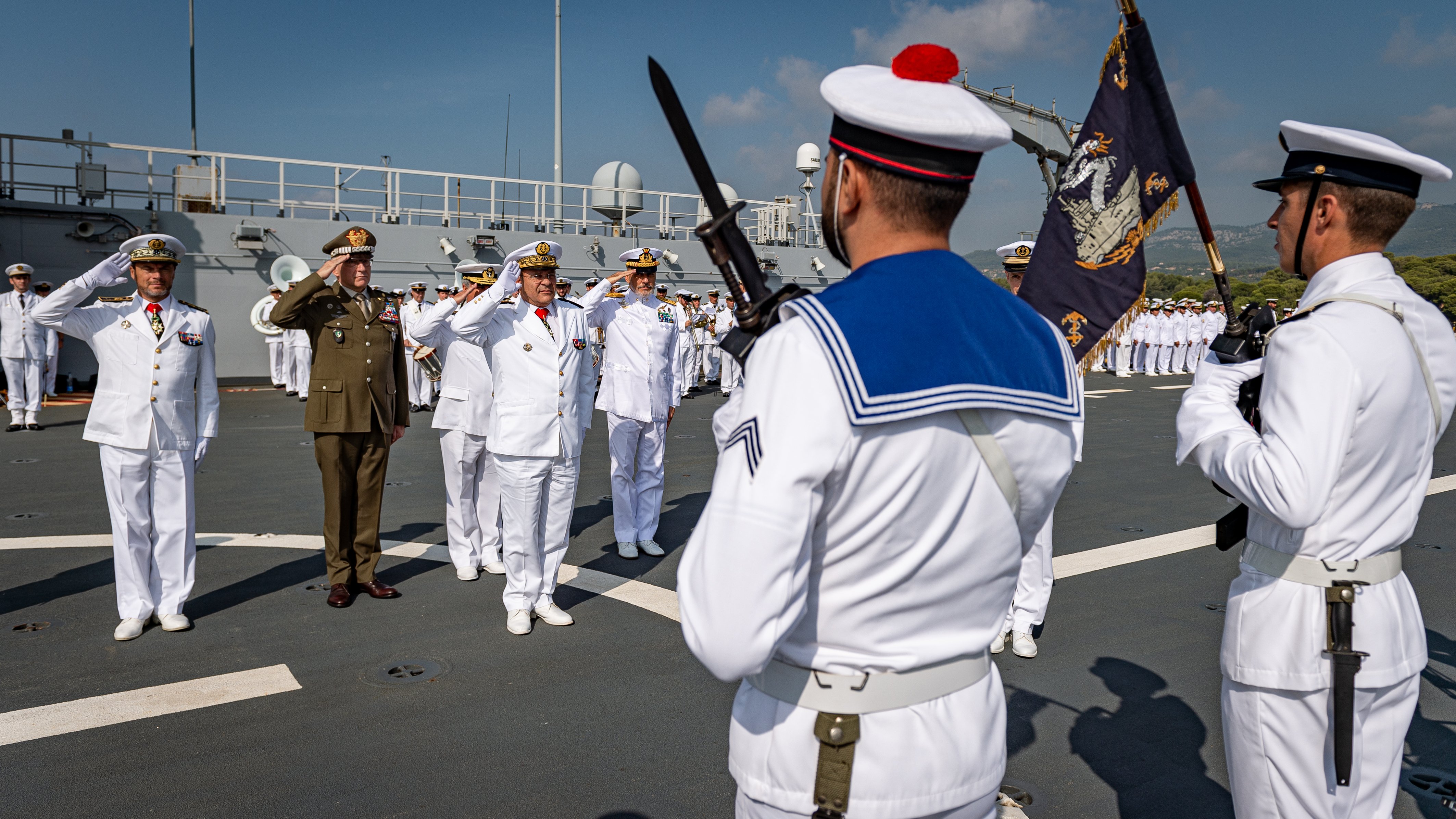