A- A  A+
News from EUROMARFOR
Back to previous page
November 20, 2019
EUROMARFOR : 1st Sea-Bit exercise under French command

On Wednesday 20 November 2019, the 4th edition of the Sea-Bit exercise took place under the aegis of the European Maritime Force (EUROMARFOR). The purpose of this exercise was to establish a common surface situation between the four Naval Operation Centres (NOC) from the central Mediterranean area to the Atlantic (Toulon (France), Cartagena (Spain), Rome (Italy), Lisbon (Portugal)). In addition to the 4 NOCs, 3 warships were engaged : the French deep-sea patrol vessel Commandant Birot, the Italian destroyer missile launcher Andrea Doria and the Portuguese patrol vessel Hidra.

The objectives of this exercise were to :

- Establish a real-time link between the 4 NOCs, sharing the assessment of the situation thanks to tools such as chat and electronic cards ;
- Integrate information detailing the surface situation established by the 4 NOCs and the 3 vessels at sea ;
- Identify behavioural changes among the multiple surface tracks.

From Toulon NOC, vice-admiral Jean-Philippe Rolland, French admiral commanding the naval action force as well as EUROMARFOR since September 2019, and Almirante Manuel Garat Caramé, commander of the Spanish maritime forces (ALFLOT), were able to observe the high level of cooperation and interoperability between the various participants. On this occasion, Almirante Manuel Garat Caramé stated "being convinced that the four EUROMARFOR countries have a duty to exercise together regularly in order to be able to conduct joint operations in all circumstances”. According to ALFLOT, "the existence of naval capabilities and maritime tools of the four Allied navies, able to communicate together, offers a rare opportunity to conduct joint operations with a very high level of interoperability". 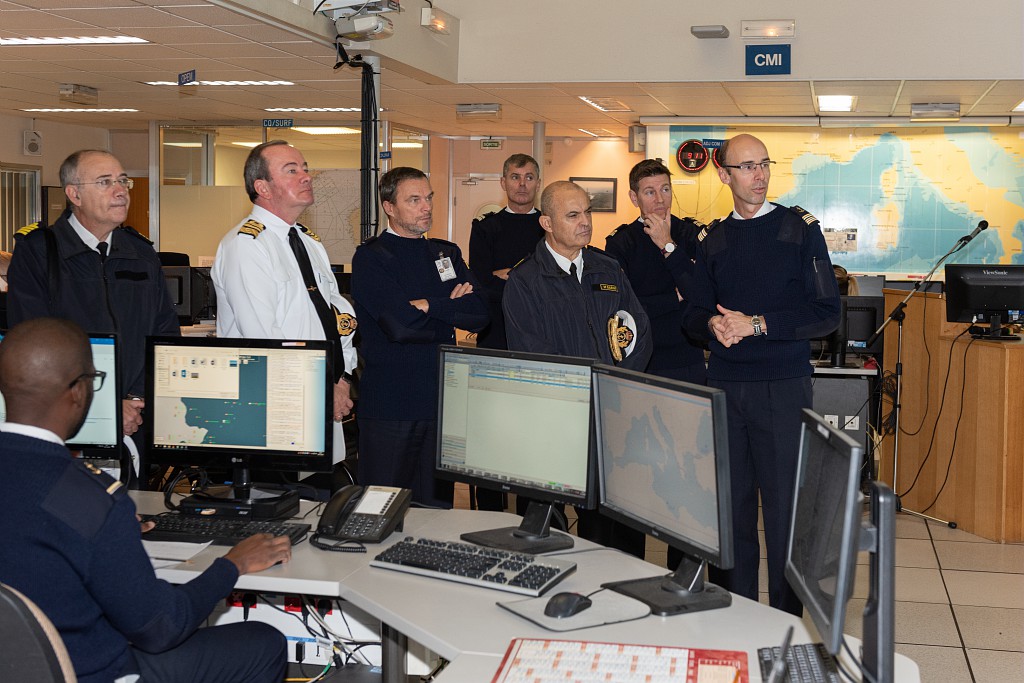