A- A  A+
News within the scope of EUROMARFOR
Back to previous page
November 19, 2015
BNS Leopold I Concludes Op Sophia Deployment

Belgian frigate Leopold I said farewell to the European Task Force EUNAVFOR MED operation SOPHIA after 38 days of activity in the Mediterranean Sea.

The crew, composed of 158 sailors, including 9 women, provided support to Operation Sophia.

They ran on duty within a Task Force composed of 8 naval units and 9 air assets, led by the Force Commander, the Italian Rear Admiral Andrea Gueglio, embarked on board the Flagship Cavour, together with the multinational staff.

During their operational activities, Leopold I contributed to the rescue of 258 migrants. Following the rescue operation, 4 smugglers have been identified as smugglers and delivered to the Italian judicial authorities.

This mission was a new experience for the Leopold and turned out also to be very tactically and humanly interesting, all the crew was proud being part of it. 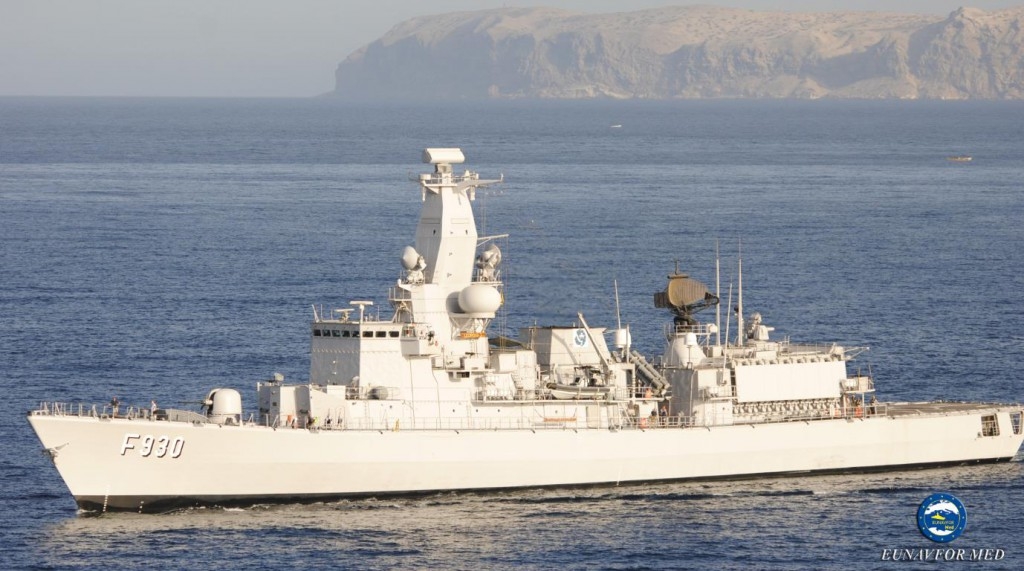