A- A  A+
News within the scope of EUROMARFOR
Back to previous page
December 17, 2015
HMS Defender joins FS Charles de Gaulle

The warship met with the carrier in the Indian Ocean with the goal of enhancing its capabilities in the fight against terrorist groups in Iraq and Syria.

The HMS Defender, launched in 2009, will use its modern radars to provide a picture of an area stretching over 300 miles and will defend multinational ships, aircraft and land forces which are part of this taskforce.

This is not the first time the two ships have met in 2015. Earlier, on November 18, HMS Defender conducted air defence training with fighter jets embarked on FS Charles de Gaulle in the Gulf.

Defence Secretary Michael Fallon said: “Whether British tourists on a beach in Tunisia or French citizens in Paris, both our nations have had first-hand experience of the evil that Daesh is capable of and we are united in our resolve to destroy them.”

HMS Defender is on a nine month deployment to the Middle East and will continue to work with the French Carrier Task Group well into 2016. 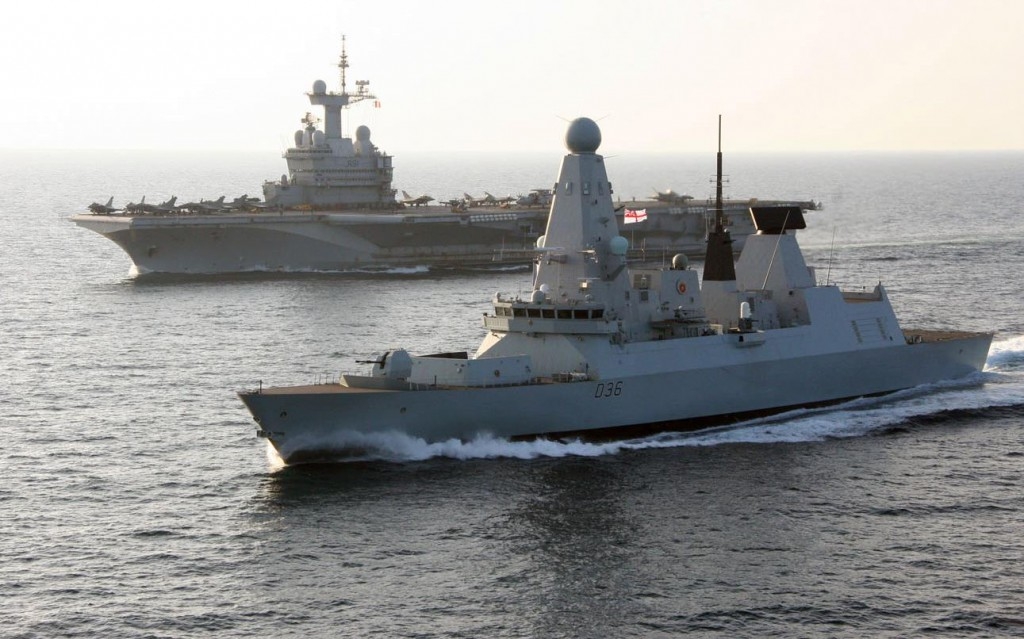