A- A  A+
News within the scope of EUROMARFOR
Back to previous page
January 13, 2016
RFA Mounts Bay Heads to Mediterranean

RFA Mounts Bay has sailed from the UK on deployment to the Mediterranean where she will provide a continuous amphibious capability over coming months.

The Bay Class Landing Ship is perfectly suited for such a deployment with access to a flight deck, vehicle deck, wet dock, container storage, medical facilities and accommodation for over 300 embarked forces.

The 16,000 tonne vessel left her home port of Falmouth last week before travelling to Marchwood, Southampton, to load up vehicles, boats, personnel and stores through the ship’s vast 1,200 m² vehicle deck.

Before sailing, Mounts Bay was visited by Rear Admiral Graeme Mackay, Director Carrier Strike, who spoke to the ship’s company and embarked forces and passed on the best wishes of the First Sea Lord.

Second Officer Mark Martin, the ship’s communications officer, said: “We are deploying with a sufficient amount of equipment and personnel to enable us to respond to a broad range of operational demands during this deployment.

“Once we are in the Mediterranean we will also embark a Wildcat helicopter from 825 Naval Air Squadron which means we will be able to start conducting aviation exercises with partners.” 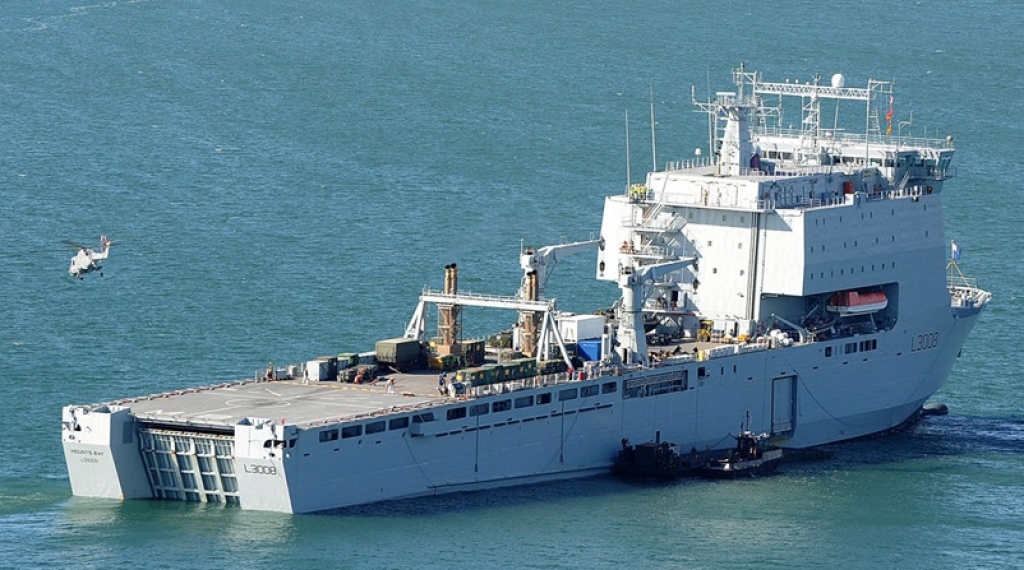