A- A  A+
Back to previous page
The Organization

Giving a look to the EUROMARFOR’s Organization, it is composed of three different hierarchical levels, as follows:

The Politico-Military Working Group (POLMIL WG) is the executive body of CIMIN. The POLMIL WG is composed by the representatives from the CHOD's and from the Ministry of Foreign Affairs of the participating countries. It takes care of all the activities related to the development and external relations of the Force and ensures the implementation of the CIMIN decisions. The POLMIL WG also appoints a Staff, from one of the EMF countries to act as CIMIN SECRETARIAT, for the conduct of its daily activities and to act as the permanent interlocutor with the CEMF.

Under the POLMIL WG, is the EUROMARFOR’s Sub working group (EMF SWG). EMF SWG is composed by representatives from each one of the Nation's Naval General Staffs, mainly to advice the POLMIL WG on specific naval issues, and also to express the single National Naval Staff's view on specific issues of own competence and to co-ordinate positions and actions to be taken.

At the operational level of the chain of command, there is the Commander of the European Maritime Force or COMEUROMARFOR (CEMF), who is designated every two years among the National Naval Authorities (NNAs) entities, namely the:

The CEMF relies both on his own existing National Staff and on the EMF Permanent Cell (EMF PC) for the planning/accomplishment of the assigned duties. The EMF PC it is composed by a Director, who is a Captain from CEMF’s nationality, and four national representatives (Commanders or Lieutenant Commanders)  from each EMF’s Nation.

As a curiosity, from 2001 to 2018, Officer’s from Greece and from Turkey were embedded in the  EMF Permanent Cell, acting as observers.

When the Force is activated, there are also three Levels of Command:

Tactical Level – The Commander of the EUROMARFOR Task Force (COMGRUEUROMARFOR), which is directly subordinated to COMEUROMARFOR, COMGRUEUROMARFOR is appointed by the CIMIN, once the activation of the Force occurs. 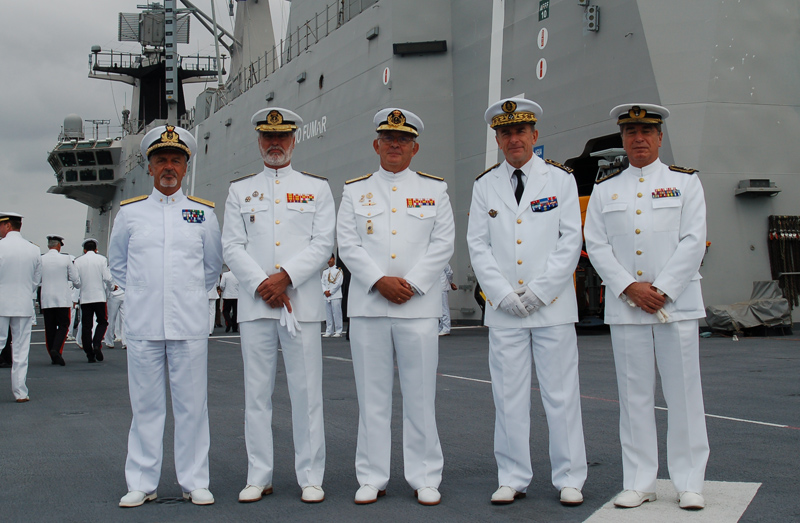