A- A  A+
News from EUROMARFOR
Back to previous page
December 10, 2020
EUROMARFOR organizes the 5th edition of the SEA-BIT exercise

On December 10, under French command, the European Maritime Force (EUROMARFOR) organized the 5th edition of the Sea-Bit exercise. This exercise, aimed at networking, in real time, the Maritime Operation Centers (MOC) of the member countries, has, for the first time this year, brought together five MOC since two French MOC participated in addition to the Italian, Portuguese and Spanish ones.

Attached to maritime safety in the approaches of its 4 member countries, EUROMARFOR regularly trains to bring together several MOC within this recurring exercise. The objective is to establish a realtime maritime picture by sharing the information gathered by each MOC and by the vessels participating at sea. Establishing this picture aims at detecting suspicious behaviors in order to anticipate threats and to prevent attacks on the maritime safety of member countries. This year, France is participating in two ways, involving two of its maritime operations centers: the one for the Mediterranean, based in Toulon, and the one for the Atlantic, based in Brest. The participation of the latter is a first and adds to the participation of the Portuguese "COMAR*", the Spanish "COVAM*" and the "CINCNAV*" COM for Italy, highlighting the European vocation of EUROMARFOR. Along with the engagement of these COM, the Spanish patrol vessel Meteoro and the Italian destroyer Doria, ans the portuguese patrol vessel Sagitário currently deployed in the Mediterranean and the Atlantic, have participated in this exercise by reporting real tracks to complete the realtime maritime picture established by the COM. 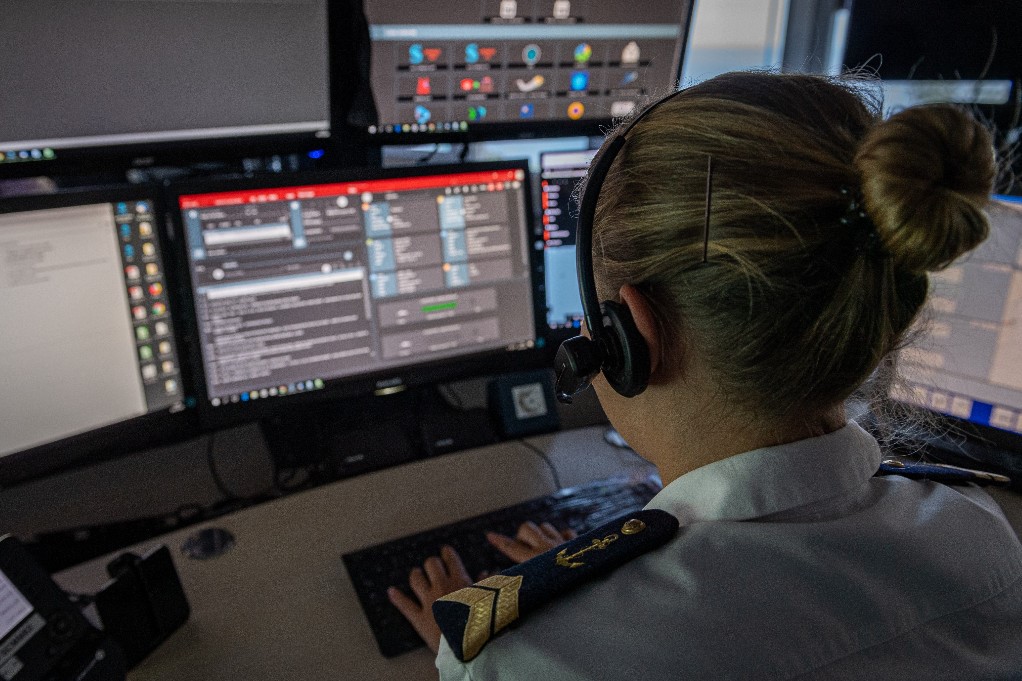