A- A  A+
News from EUROMARFOR
Back to previous page
September 22, 2021
Spain takes command of EUROMARFOR

On the morning of Wednesday 22nd September, in a ceremony on board LHD “Juan Carlos I”, the Admiral of the Fleet, Eugenio Díaz del Río Jaudenes, has assumed command of the European Maritime Force, EUROMARFOR, which until now had played the admiral of the French Marine Nationale Xavier Baudouard

The ceremony was chaired by the Admiral Chief of the Navy General Staff, Antonio Martorell Lacave, with the presence of the Admirals of the Fleet of the countries belonging to EUROMARFOR, Admiral Baudouard, of the French Marine Nationale, Admiral Credendino, of the Marina Militare Italiana, and Admiral Rodrigues, of the Portuguese Marinha.

The event was attended by the Mayor of Rota, Subdelegate of the Government, the consuls of Portugal, Italy and France, the General Officers of the Navy in the Bay of Cádiz, Heads of Unit and Commanders of the ships stationed at the Rota Naval Base.

-The AJEMA with the Admirals of the EMF’s nations-

In his opening speech, ALFLOT, after thanking Admiral Baudouard for the work carried out under his command, pointed out that “twenty-five years after its creation, EUROMARFOR continues to be a mature and useful tool at the disposal of our nations, capable of defending our legitimate interest at sea, alone or in conjunction with the EU, NATO, the UN or any other international organization ”.

He also indicated the importance and relevant role of EUROMARFOR in cooperation with the countries of the southern Mediterranean and West Africa, which constitute a scenario whose strategic importance for Europe is growing progressively, and stressed the need to maintain a high level of training for guarantee the effectiveness of the EUROMARFOR on as many occasions as required. 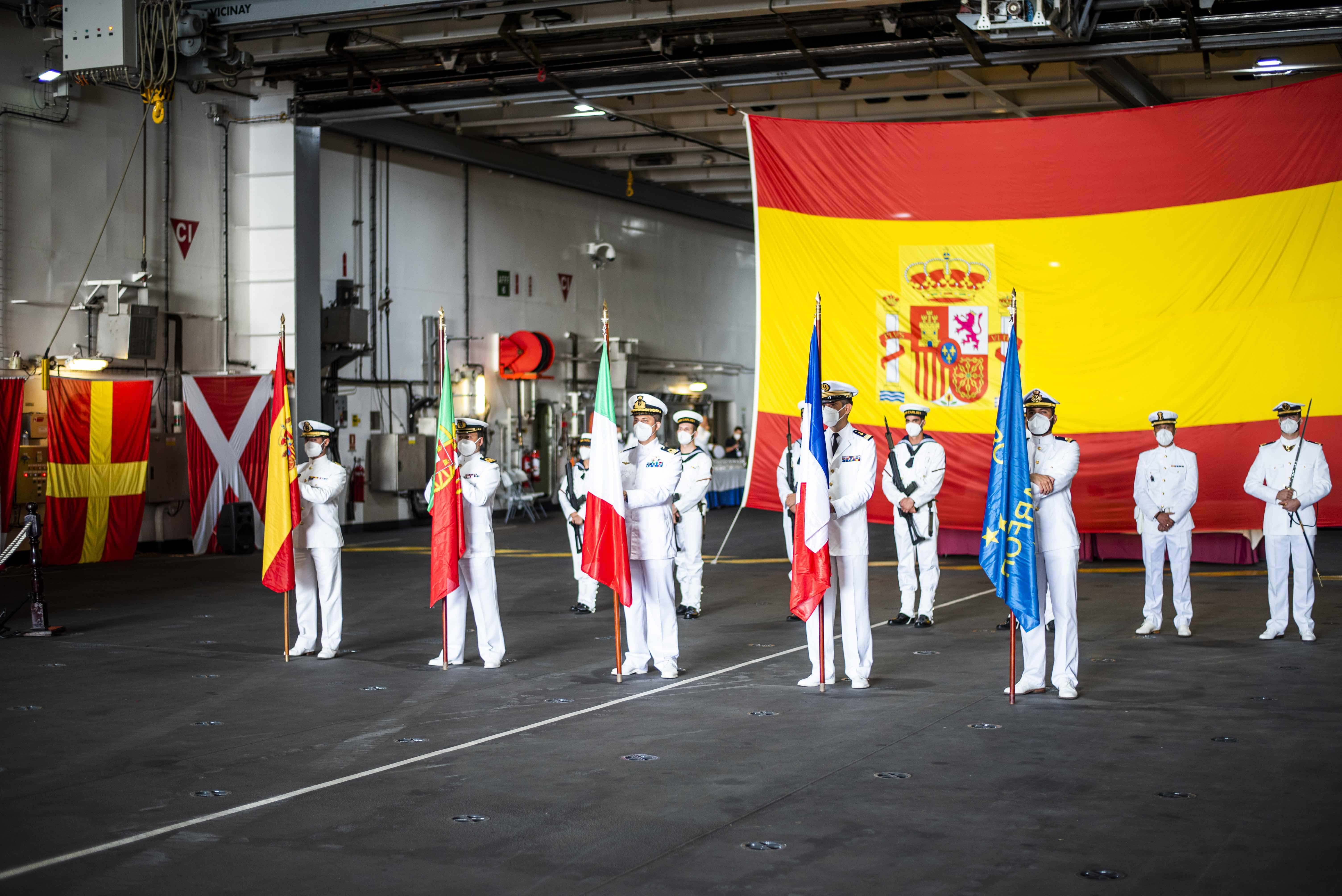