A- A  A+
News from EUROMARFOR
Back to previous page
May 20, 2022
SAINT PATRON OF SPANISH MARINE CORPS

Monday May 16, the Spanish Marine Corps – the oldest in the world – commemorates the festivity of its patron saint San Juan Nepomuceno.

For this reason, in the Spanish Marine Corps, commemortes the life and virtues of what has been considered "the first martyr of the sacramental seal and lawyer of good fame."

San Juan de Nepomuceno, or John of Nepomuk (1340-1393), is the patron saint of Bohemia (Czech Republic).  As the story goes, the saint, confessor to the Queen of Bohemia, suffered martyrdom for refusing to break the vow of secrecy of confession.  Canonized by Benedict XIII on March 19, 1729 in the Basilica of San Juan de Letrán, by Royal Order of 1731, based on the Marine Battalions, the creation of the so-called Barlovento Battalion was established, which was placed under the protection of the Virgin of Guadalupe when she was garrisoned in America and of San Juan de Nepomuceno while she remained in the Peninsula, for being a permanent example of sacramental secrecy.  By communication of May 16, 1758 from the Captain General of the Navy, Juan José Navarro, Marquis of Victoria, this patronage was transmitted to all the battalions of the Corps, which was later confirmed in 1878, at the request of the General Inspector of the Navy Marine Corps, Field Marshal (mariscal de campo) Montero and Subiela.

For this special occasion, EUROMARFOR would like to point out that, its Permanent Cell has the Marine Infantry Colonel Ignacio Del Cuvillo as a Director.

Its professional carreer beggins in the Naval College where he left in 1990, doing his Marine carreer after related with this secular specialized force, being appointed as Company Commander, Staff Officer, Plans Officer and specially we would like to highlight his Command Duty in the Mechanised Landing Battalion from June 2012 to June 2014. In 2015 was appointed has an Amphibious Operations Officer in the NATO Maritime Command in Northwood in UK. In 2018 returned to the Spanish Marine Brigade where he was the Deputy Commander.

In late June 2021, was appointed to be the Spanish Fleet HQ Plans Director.

He has several courses, national and NATO and his operational experience goes from United Nations Military Observer, Logistic Office in NATO SFOR and PLANS CHIEF in EU ALTHEA OPERATION.

He is married and have 1 son and 2 daughters. 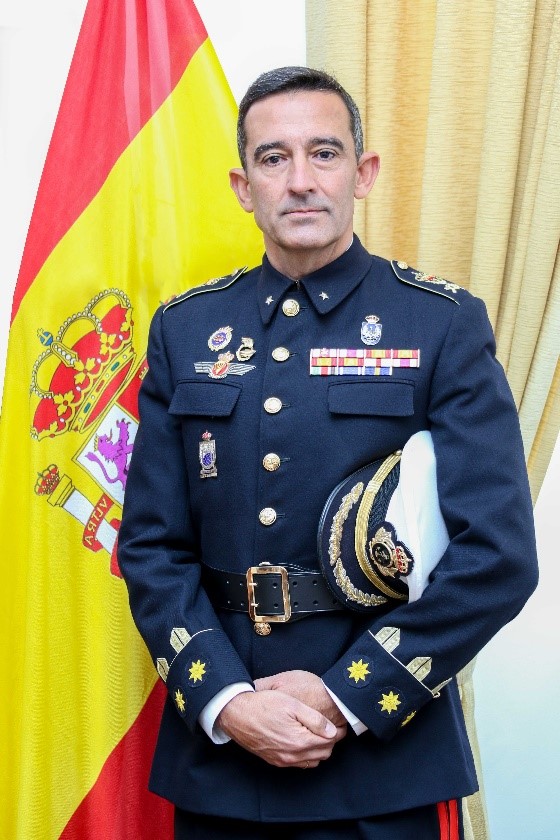